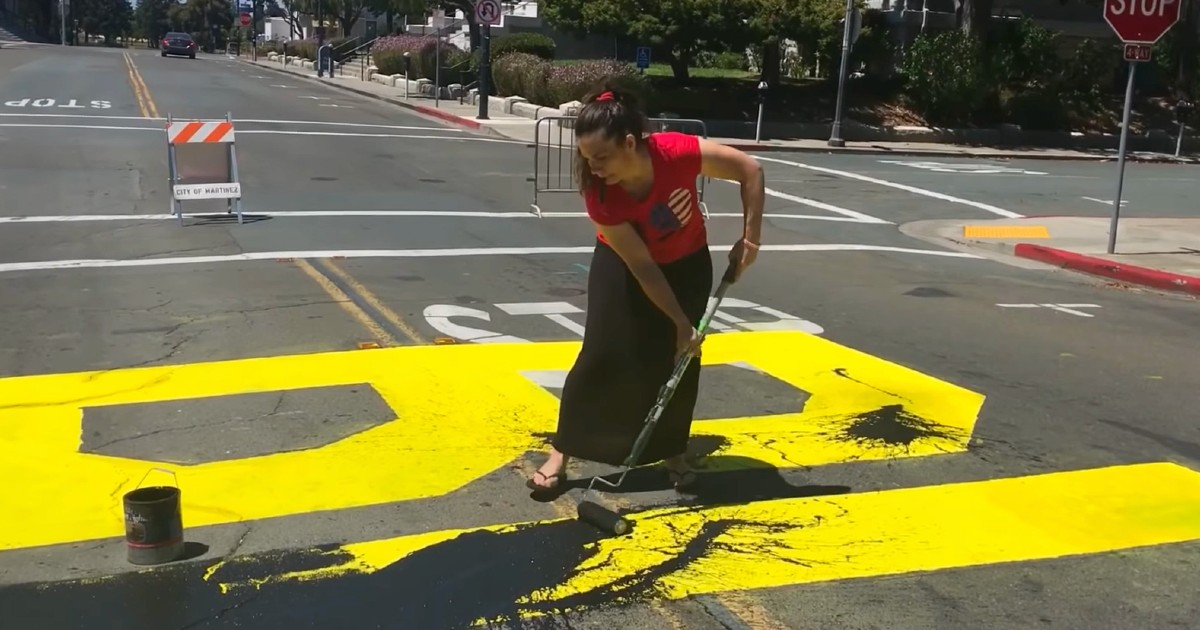 A white man and a white woman have been charged with a hate crime for painting over a Black Lives Matter mural in Martinez, California.

The suspects, David Nelson and Nicole Anderson, were charged with three misdemeanor counts, including violation of civil rights, vandalism, and possession of tools to commit vandalism or graffiti, according to the district attorney’s press release.

“We must address the root and byproduct of systemic racism in our country. The Black Lives Matter movement is an important civil rights cause that deserves all of our attention,” District Attorney Diana Becton said.

On July 4, shortly after community members finished painting a Black Lives Matter mural in front of the Wakefield Taylor Courthouse in Martinez, Nelson and Anderson arrived and defaced it with black paint.

Witnesses captured Anderson using a paint roller to spread black paint over the mural, which had been approved by the city.

“The narrative of police brutality, of oppression, of racism is a lie,” Nelson can be heard saying as Anderson painted over the mural.  “This is racism is what it is. It’s a leftist lie.”

Police were called to the scene, but by the time they arrived Nelson and Anderson were gone. They immediately began searching for the man and the woman, and thanks to the public they were able to apprehend the two in a matter of days.

After the incident the mural was repainted, according to KPIX.

If convicted, Nelson and Anderson could face up to one year each in county jail.

Do you think they should have been charged with a hate crime? Share your thoughts with us on Facebook.