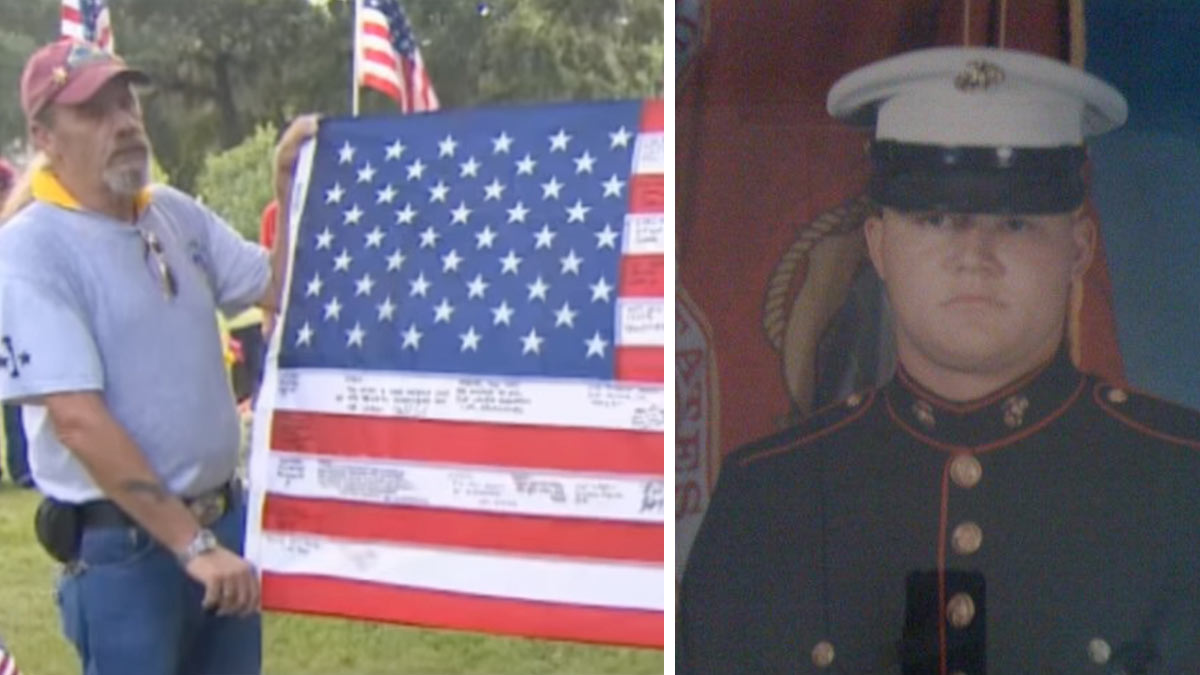 You never know what you might find at a flea market. Sometimes you’ll walk away empty-handed, but other times as the saying goes, one man’s trash is another man’s treasure.

In 2014, Walter Brown and his wife Lanie were at a flea market in Hemphill, Texas when they came across a unique American flag.

“The first room we walked into had a stack of American flags,” she told TODAY. “My husband starts going through them and he says, ‘Lanie, come here. Look at this one. It’s got writing on it.’”

The couple, who have a son and son-in-law in the Marines, noticed the flag had messages scrawled all over the stripes.

“We’ll always remember the sacrifice you made. God Bless,” someone wrote.

“I promise we will see each other again,” another wrote.

While all the other flags were priced between $15 and $30, this particular flag didn’t have a price.

If they asked us for $100 we would have given them a $100 bill. It was priceless to us because we knew it meant something,” Lanie said.

But the seller only wanted $5, so they took it and brought it home.

When the couple brought it home their son realized the $5 flag was really priceless.

It was a tribute flag signed by a fallen Marine’s platoon members, and for some reason it wasn’t with that Marine’s family, where it belonged.

The Brown family was able to determine the flag belonged to Lance Cpl. Fred Maciel who died in a helicopter crash in Iraq in January 2005.

Brown’s children found Fred’s mother on Facebook and sent her a message. She contacted the Brown family immediately and the two talked on the phone for an hour and arranged to meet at her son’s grave outside of Houston.

The two families, along with dozens of others, met at Fred’s gravesite and the Brown family handed over the signed flag.

For Patsy Maciel, the moment gave her “this feeling of peace.”

Only weeks before she admitted to her sister that she was starting to forget what her son looked like, but now she believed this was a sign from him telling her she won’t ever forget.

“His dream was to be a Marine, and I had to let him do that. I’m proud of him, that he died doing what he loved,” Patsy told CBS News.

I have tears in my eyes after reading this. I’m so glad Patsy was able to have her son’s flag after nearly a decade. Thank you to the Brown family for finding the flag and delivering it to its rightful owner.