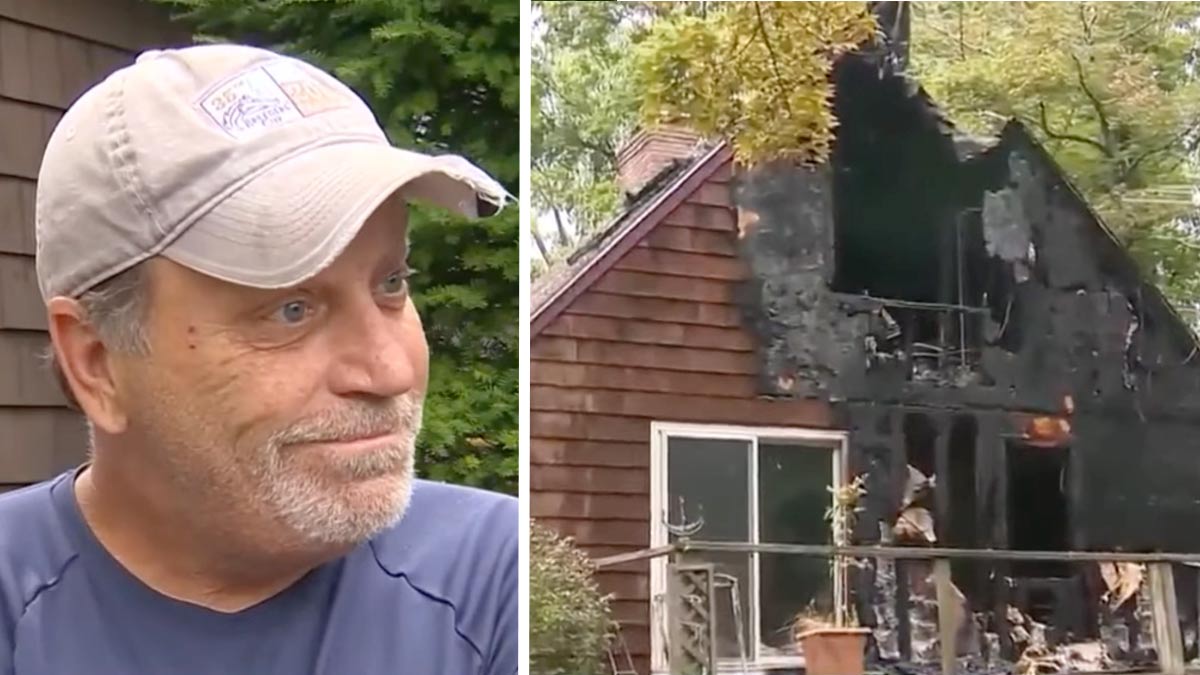 More than 20 years ago Mark Collum lost his wife and two young daughters in a house fire.

Today, he’s being called a hero for saving a neighbor from a similar fate.

“I just grabbed her and just took her out,” he told WCVB.

It was around 5 a.m. Sunday morning when Collum heard someone yelling “Fire! Fire!”

He quickly realized his neighbor’s home in Rowley, Massachusetts was on fire.

“There were flames billowing out the back, smoke filling up the kitchen.”

Luckily he was able to grab his neighbor, Deb Shanahan, and the two were able to escape with minor injuries.

However, in January 2001 his family wasn’t so lucky.

While Collum wasn’t home at the time, his wife Lisa and their daughters Lindsay, 4, and Carly, 5 months, died in a house fire.

Lisa and the couple’s children were trapped on the third floor of their home in Ipswich. Lisa attempted to save their youngest by dropping her out the third floor window, but she was pronounced dead at the hospital.

Several others, including relatives of the Collum family, were also inside the home during the fire. They were able to escape.

“It still resonates in me. But I’m glad things worked out today,” Collum said. “I’m just glad I was here and did the right thing. That’s all. Hopefully, Deb’s alright and everything worked out well today, so I’m kind of glad.”

Thank you Mark, you are a hero for running into a burning home to save your neighbor.