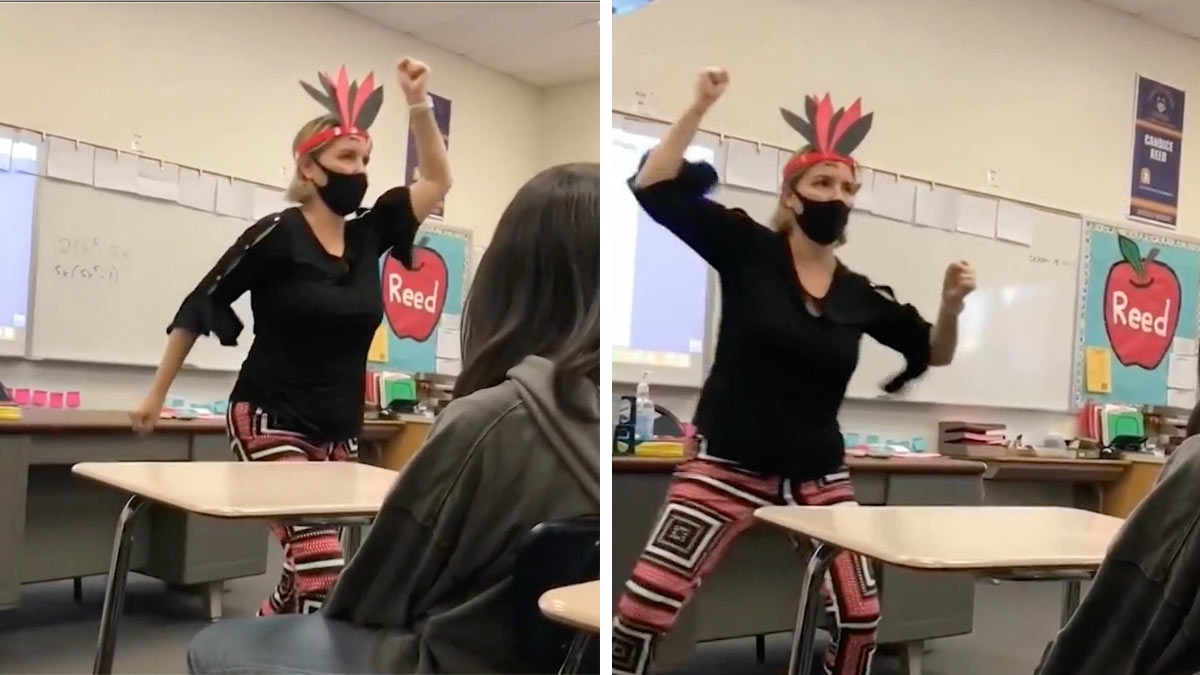 A California high school teacher has been placed on leave after a video of her wearing a faux headdress and mimicking Native American culture went viral.

The Riverside Unified School District released a statement calling the teacher’s behavior “completely unacceptable” and said her actions “do not represent the values of our district.”

The video was taken during a math class at John W. North High School in Riverside, California.

According to an Instagram post that shared the clip, a Native American student reportedly filmed the video which has since been shared online and gone viral.

In the video, the teacher can be heard chanting “Sohcahtoa,” a mnemonic often used in trigonometry.

She continued to prance around the classroom chanting for several minutes.

“When you have teachers performing like that, in a math class, we’re not talking critical race theory here,” Dr. Joely Proudfit, director of the California Indian Culture and Sovereignty Center at Cal State San Marcos, said according to LAist. “We’re talking this teacher needs some professional development, some skills training, obviously, some cultural sensitivity training.”

The Los Angeles Times reported that a 2012 yearbook photo appears to show the same teacher wearing a feathered headdress.

Besibeth Chavez, a freshman at the school, joined a protest on Thursday in response to the viral video.

“We were shocked, disgusted and disappointed … I didn’t think this would happen where we live,” she told the Los Angeles Times.

It is extremely disheartening to see a teacher mocking a culture. Teachers should be setting positive examples for our students, not contributing to false and harmful stereotypes.

What do you think should happen to the teacher?