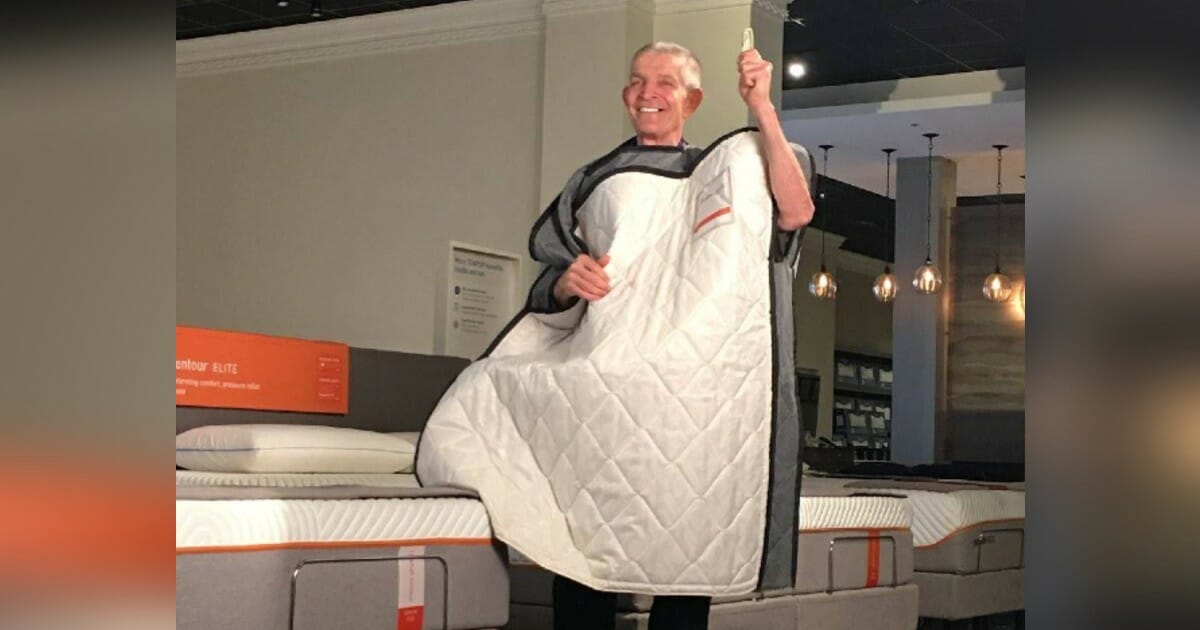 In just 48 hours, some residents of Houston, Texas saw more than two feet of rain – the National Weather Service reported that the highest total, 43.15 inches, was in Jefferson County. Tropical Depression Imelda wreaked havoc on the southeastern portion of Texas resulting in countless water rescues, road closures, and so far, two deaths.

As residents emerged from their flooded homes in search of shelter, one man opened his doors to victims.

In 2017 when Hurricane Harvey hit Houston, McIngvale welcomed flood victims to any Gallery Furniture location, which he is the owner. He allowed those who were displaced to sleep on the furniture and provided them with food. He even raised $106,000 for victims after the storm.

Sometimes in life those closest to you surprise you in ways even beyond your realm of thought. Dad, it doesn't surprise…

Now, he’s back and ready to help his community.

“A lot of these homes right here on the northside are badly flooded,” he told KTRK. “It’s another tough situation, but we’re going to be here to help like Houston always helps us.”

The Washington Post reported 120 people took advantage of McIngvale’s generosity. Once in a safe, warm place they were given dry clothes and food from the store’s restaurant. They were also allowed to use the store’s shower, which is typically reserved for employees.

An estimated 15 to 20 people stayed the night.

So excited to be BACK in my mattress suit – STILL saving you money on the best value, real Made in America furniture in…

McIngvale is well-loved in his community – he received 3,500 text messages of support during a health scare this summer – and is no stranger to giving back to his neighbors. He previously lent a hand in the aftermath of Hurricane Harvey and Hurricane Katrina.

“One of the best things about Houston is we come through these dark hours very well. I know it’s devastating when water is coming in their house, devastating when their cars are flooded. We got through Harvey, we’ll get through this, let’s keep our chins up, keep helping each other.”

Let’s hear it for Mattress Mack!