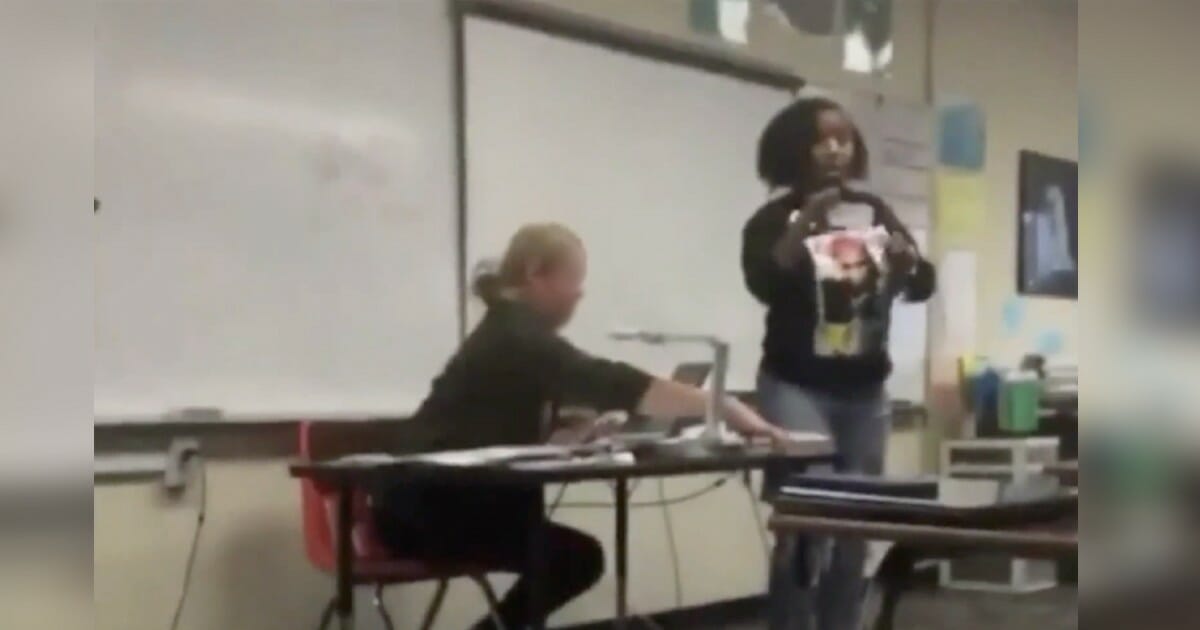 If your child is bullied how far would you go to protect them?

One mother in Laguna Niguel, California, took matters into her own hands after her daughter had allegedly been bullied by her classmates.

The scene unfolded inside an eighth grade classroom at Niguel Hills Middle School on May 14. A mother walked into a second period class and began confronting the students she believed bullied her daughter on social media.

“She’s a girl. Y’all are boys, ok? If y’all bully my daughter, if you look at her the wrong way, if you breathe the wrong way, send your mom to me. Sisters, aunts, anybody over 18, I’ll f–k them all up. Do you understand me?” the woman is heard saying on video.

The woman also handed out “tickets” for a “free a– kicking.”

Look closely at the tickets left in a #classroom by a #mom in Orange County. She went on a rant after she says bullies won’t leave her daughter alone- See the video at 4:30&5pm on KCAL/ @cbsla #cbsla #school #bullying pic.twitter.com/0bFJFNtePR

The teacher in the classroom contacted the front office and the school’s assistant principal escorted the woman off campus. According to CBS2, the mother, identified as Christian Tinsley, has been banned from campus.

“It was actually kind of scary, but then she was like, all talk. So I thought it was like kind of funny towards the end, but at first it was scary because some random person comes in the class, and starts yelling, like I don’t know what your initial thought would be,” one student told KTLA.

Tinsley said that her daughter had been bullied for months and although disciplinary action had been taken, the harassment got worse. She nor her daughter could take it any longer, and one day before school she just went into “Mama Bear mode.”

“I think that sometimes when you’ve done everything you can do the way you’re supposed to do it, and it hasn’t been resolved, then sometimes as a parent…you have to decide if you’re going to go a step further and deal with any consequences,” Tinsley told CBS2.

The Orange County Sheriff’s Department is reportedly investigating the incident.

You may not agree with her actions, but Christian Tinsley stood up for her daughter when she felt like no one else was.

Share this article if you’d go into Mama or Papa bear mode to protect your child.