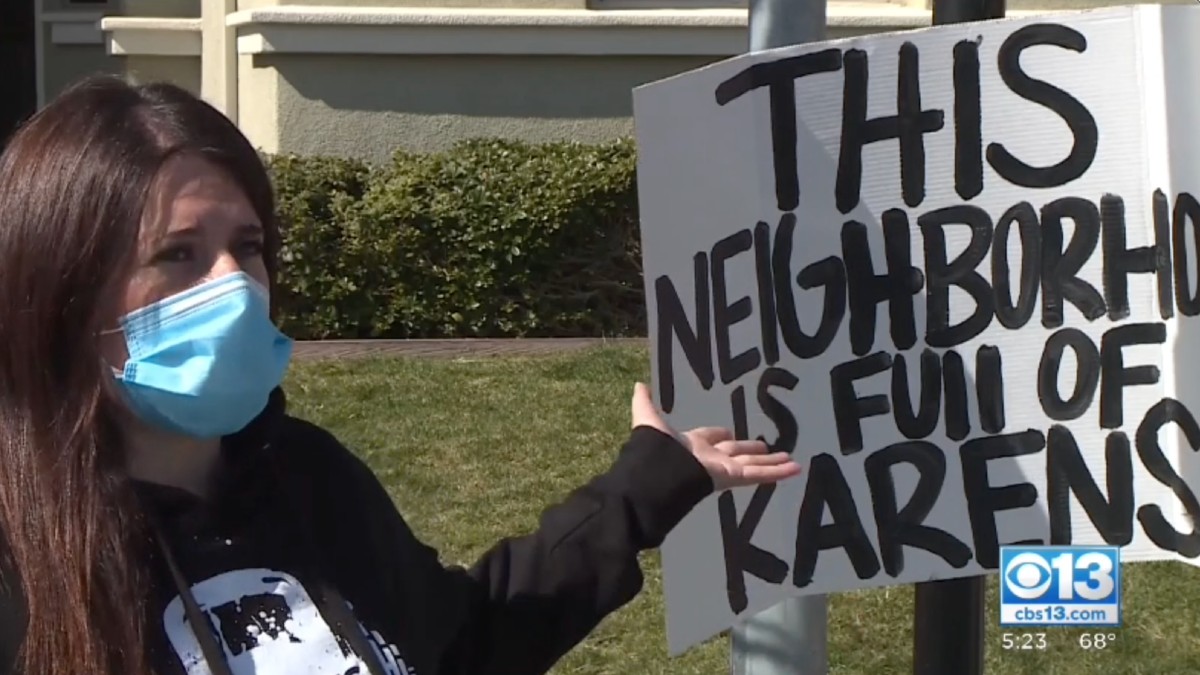 We all hope that our next door neighbors are kind and friendly, but sometimes you can’t always get what you want.

A neighborhood in West Sacramento, California is currently split about the level of noise that’s coming from one household. However, the owner of the house claims her kids are just being kids and now she’s put up a sign directed towards those who have been complaining about her family.

“I didn’t know it was not okay for kids to be outside skateboarding,” Raquel Davis told CBS13.

Davis, a mother of seven, said she reached her breaking point when her children were outside playing during a birthday party and one of her neighbor’s complained about the noise.

The man reportedly said he could hear the children inside his home, and he asked Davis if they could be mindful of their language.

Davis asked her children to be respectful of their noise level, but she said that was it.

In the past few months the police have been called to her house several times, though the neighbor who complained about the noise from the birthday party denied ever calling the police.

“These folks moved in and it’s basically ‘The Animal House,’ house in the neighborhood,” Bruce Foster said. “There is like no sense of noise control.”

“It’s like there’s a park going on here. This is a neighborhood. It’s not the park. The people that live here did not move next to the park on purpose,” he said.

Davis, who said her boys only use their skateboards outside during the day, said she’s at a loss.

What do you think? Is some level of noise expected when you live in a neighborhood or are these neighbors right to complain?