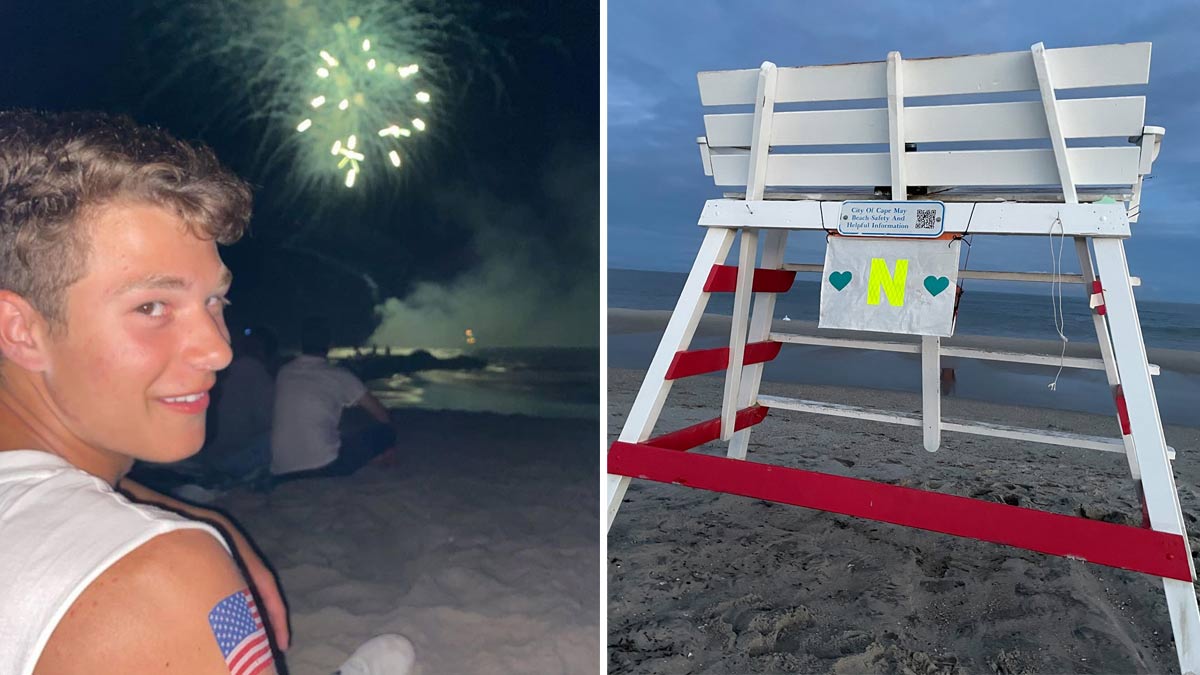 One New Jersey shore town is doing something extra special to honor one of their lifeguards who tragically lost his life during a boating accident last week.

The Cape May Beach Patrol informed the family of 16-year-old Norman V. Inferrera III that the Reading Avenue beach would be named after him.

Norman died after the boat he was in capsized and he hit his head and was knocked unconscious.

For years Norman wanted to be a lifeguard on the Jersey Shore, so when he turned 16, he took the test to become one for the Cape May Beach Patrol.

“He just always had an admiration for what the lifeguards did,” Chief Harry Back said. “He had a love of the ocean. That’s what kind of pushed him and drove him to work really, really hard over the past two years to try out for a beach patrol.”

Unfortunately, Norman didn’t get to live out his dream very long. Two months after beginning his job as a lifeguard along the Jersey Shore, Norman went out on a routine lifeguard patrol.

The boat he was in capsized and he was knocked unconscious.

Lifeguards responded immediately. According to a GoFundMe set up by his aunt, the 16-year-old was resuscitated twice before being airlifted to Cooper University Hospital.

His family soon found out that his condition was “very grim” as he had suffered major brain damage along with injuries to one of his lungs, collarbones, ribs, and eye.

In the following days, Kathleen Inferrera Price, Norman’s aunt, announced that the Cape May Beach Patrol informed her family that they would be naming a beach after the teen.

They were also told that all of Norman’s medical bills would be covered by city insurance.

His family now plans to use the funds they received through their GoFundMe to set up scholarships in memory of Norman.

Everyone from local beachgoers to New Jersey’s Governor Murphy have extended their condolences to the Inferrera family.

“Norman was literally living his dream and being part of a team that keeps everyone safe,” Governor Murphy said, according to the Philly Voice.

Thank you Norman for keeping everyone at the shore safe. You will never be forgotten.