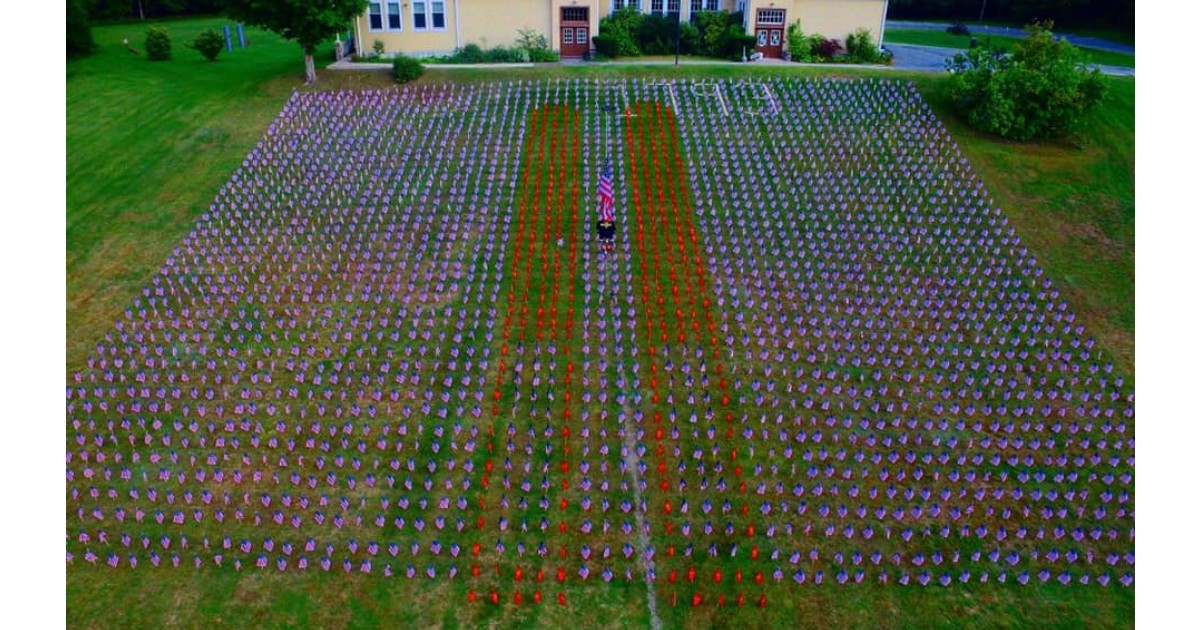 For the upcoming 19th anniversary of 9/11, a fire department in New York’s Hudson Valley recently unveiled a touching tribute to the victims.

The Stanford Fire Company put together a “perfect tribute” outside the town hall.

The memorial consists of nearly 3,000 individually placed flags, each one representing a victim of 9/11.

The Twin Towers were created with red firefighter flags surrounded by police flags. American flags wave on either side.

“We will #neverforget those lives lost and the brave men and women who so valiantly and selflessly sacrificed to save so many,” Dutchess County Executive Marc Molinaro wrote on Facebook.

For those who want to view the moving tribute, it is set up in front of Stanford Town Hall in Stanfordville, New York and will remain up until September 19.

May we never forget those we lost on that terrible day.