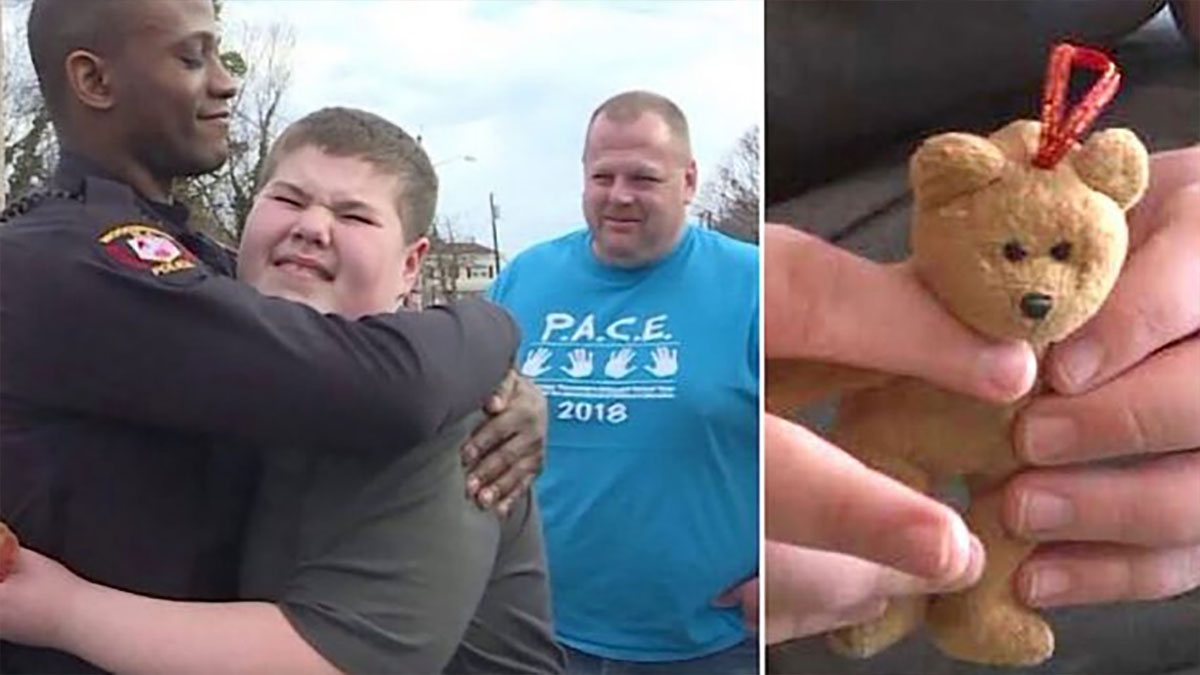 Like most children are taught in the U.S. by their parents, Ryan Paul knew that if there was an emergency you should always call 911.

The 12-year-old from Woodbridge, New Jersey, has autism and had been playing in his bedroom when he realized he’d lost something valuable.

Ryan couldn’t find his favorite teddy bear and so called 911 for help.

Ryan’s father saw the police car outside their home and suspected his son had alerted them.

Officer Khari Manzini was in the neighborhood when he got the call and wanted to make sure everything was okay in the Paul household.

Officer Manzini had received special training in autism recognition and response, and so put his exceptional training to good use in this situation.

Ryan was very happy to meet Officer Manzini and excited to have pictures taken with him.

And of course, elated to find his special teddy bear who is now back where he belongs.

I hope all police officers have the exceptional training that Officer Manzini has had, we need more officers in the world just like this caring individual.

Let’s pay tribute to Officer Manzini for going above and beyond the call of duty and share this story.