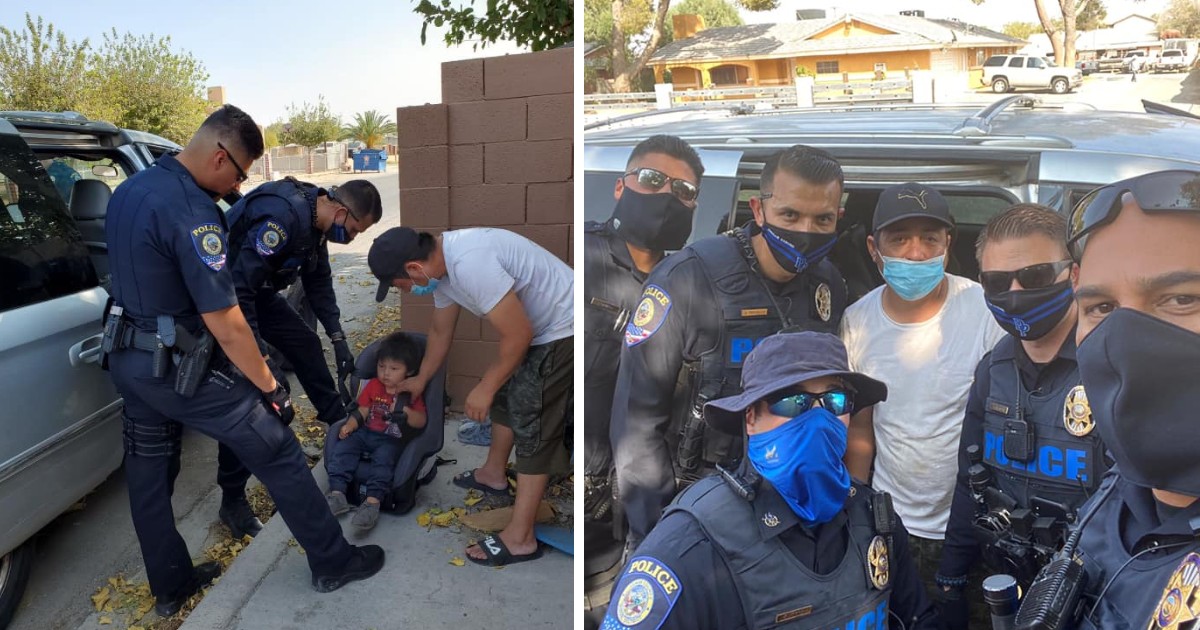 Lately, police officers have been getting a lot of bad press, and rightly so.

According to a database kept by The Washington Post, 1,016 people have been killed by police during the past year. It’s a number that has remained steady for the past five years.

Many believe that all cops are bad, while some believe it’s the system that promotes the dangerous culture. Whatever you believe, the system needs to change and we need more officers working with their communities, not against them.

An officer with the Clark County School District Police Department was on patrol recently when they spotted two children sitting on the side of the road.

According to a Facebook post, the Las Vegas-area police spoke with the children’s parents and learned that the family was homeless and had been living out of their van for two weeks.

Several officers arrived at the scene and listened to their story.

Officers Trujillo, Campos, and Clark decided that they couldn’t leave the family without offering some kind of help.

But they weren’t done yet.

The officers paid to fill up the family’s van, and then they directed them to a local shelter where they could receive additional services.

This is the kind of community service we need. We need more officers patrolling our neighborhoods looking for positive ways to interact with us and building a sense of community.

This is how trust is built. It is not built by shooting at unarmed Black people.

Share this if this is the kind of police presence you want to see.