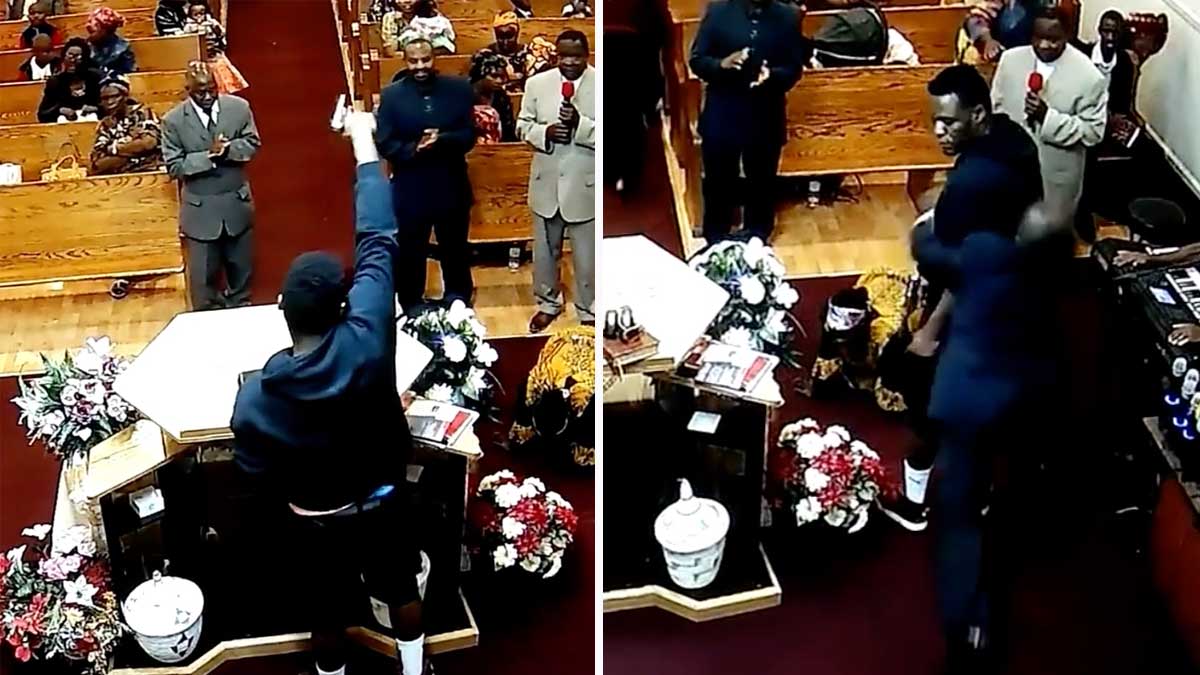 Surveillance footage caught a frightening moment at a Nashville church Sunday when a man wielding a gun and claiming to be Jesus stepped on to the altar during service.

Thankfully, the pastor and other churchgoers were able to subdue the suspect.

According to Metro Nashville police, Dezire Baganda, 26, was sitting in the front row when all of a sudden he got up and pulled out a weapon. He walked up on to the altar and told the rest of the congregants to “get up.”

Most were hesitant and stayed seated.

However, there was one person who took swift action – the pastor.

The church’s pastor tackled Baganda, and four other churchgoers joined him and they were all able to hold him down while they waited for police to arrive.

Thankfully no gunshots were fired.

Baganda, who is not a member of the church but who had previously attended services, faces 57 counts of aggravated assault.

Thankfully this situation was handled and did not end with any injuries or worse any fatalities.

Please share if you want to see that justice is served.