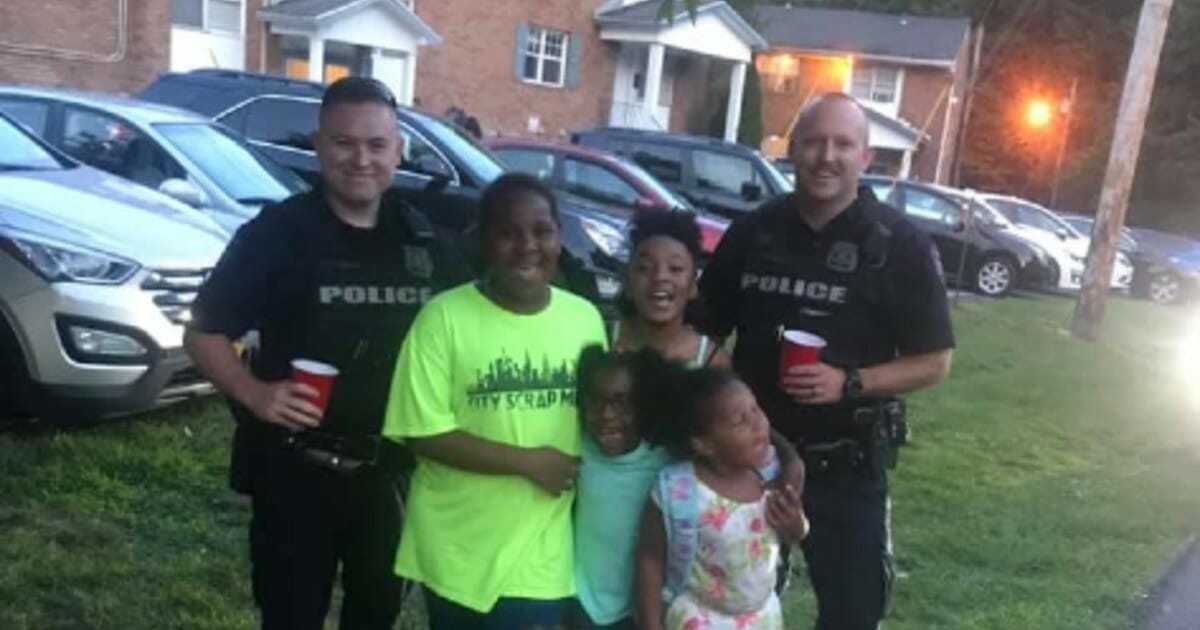 In recent years, there have been numerous instances about police responding to calls about children selling lemonade or other beverages. The majority of the time police shut down the lemonade stands because the children do not have the proper permit needed to sell.

This week, officers in Newburgh, NY responded to a call about possible traffic in a neighborhood that was potentially caused by a lemonade stand.

“His first words were, ‘Can you believe someone called the cops on kids selling lemonade?'” Whitney Glover, a mother who helped a group of kids set up a lemonade stand, said.

As the children sold cups of lemonade to passersby, someone called the police. Officers Clayton Dubois and Thomas O’Connell of the Newburgh Police Department responded.

Rather than confront the children and demand they shut down their business, they purchased drinks and took photos.

Whitney shared the heartwarming moment on Facebook and not only did it generate hundreds of reactions, but it also helped generate revenue.

Whitney said the children made hundreds of dollars in just a few days.

“They could’ve shut it down. A lot of cops probably wouldn’t have handled it that way, but [they] handled it really well,” she said.

First, people shouldn’t be calling the police on children selling lemonade, but if they are called, this is how they should respond.

Let’s hear it for them!