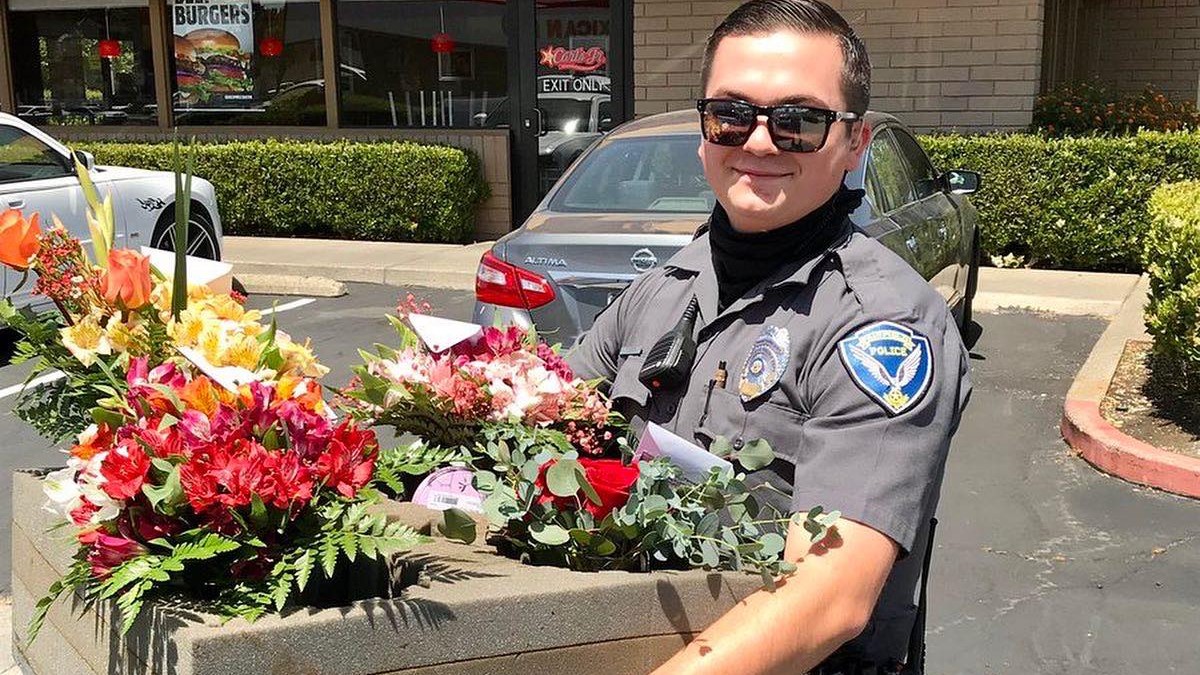 In the days and weeks leading up to Mother’s Day we were all warned about the possible shortage of flowers.

So when police in Fairfield, California arrested a flower delivery driver a number of Mother’s Day deliveries were put on an indefinite hold.

But the arresting officers weren’t going to let those who were able to snag some beautiful bouquets for the motherly figures in their lives just sit there.

Police responded to a crash involving a flower delivery driver who was in the middle of his route Sunday.

The driver, who officers later arrested for DUI, attempted to flee the scene.

When it became clear the driver would no longer be able to complete the delivery route, the Fairfield officers unloaded the flowers out of the delivery vehicle and packed them into their own vehicles.

“What happens when your flower delivery driver is involved in a collision and then arrested for DUI? Fairfield police finishes the remaining flower deliveries for you!” the department wrote on social media.

Then, without wasting any time, the officers continued delivering the Mother’s Day flowers.

Fairfield police, you saved the day!