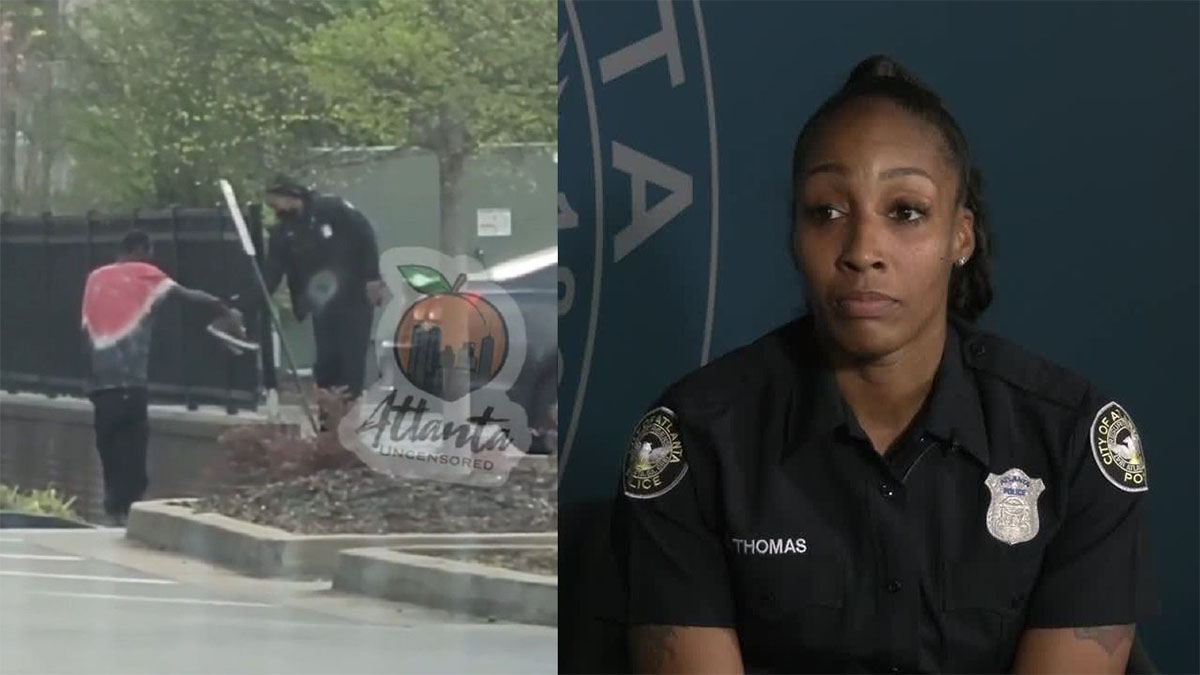 It’s the small acts of kindness that often go unnoticed which make all the difference in life.

When one Atlanta police officer decided to give a pair of boots to a homeless man she wasn’t looking for praise or publicity. But a passerby caught the big-hearted interaction on camera and had to share it.

Officer Thomas said while working a shift she noticed a man walking barefoot in the rain. She asked him if he needed some shoes and socks, and he told her he did.

The officer then left to buy him footwear, but when she returned he was gone so decided to keep the boots in the trunk of her car in case she saw him again.

Fortunately, their paths did cross again and she was able to give the barefoot man a pair of boots, but what she didn’t know was that her random act of kindness was being recorded.

After the video was released on social media, it soon went viral and the Atlanta Police Department released a statement to let the public know this officer’s true intentions.

“Officer Thomas did not have her BWC (body-worn camera) recording at the time (as it is not required for general citizen encounters) and was not looking for publicity on this day.

“She was not aware she was being filmed during her act of kindness. She simply saw a person with a need that she could fill and did so.”

“These deeds are just part of any given day for our men and women in blue.”

Hundreds of people left comments of praise for the officer and the selfless act she performed that day.

One online commentator said: “That’s how you serve and protect.”

Another added: “This is nice to see. People helping people instead of just filming them when they’re at their worst.”

I’m glad Officer Thomas’ random act of kindness was caught on camera as she deserves all the praise.

Help us say thank you to her for going above and beyond the call of duty by sharing this story.