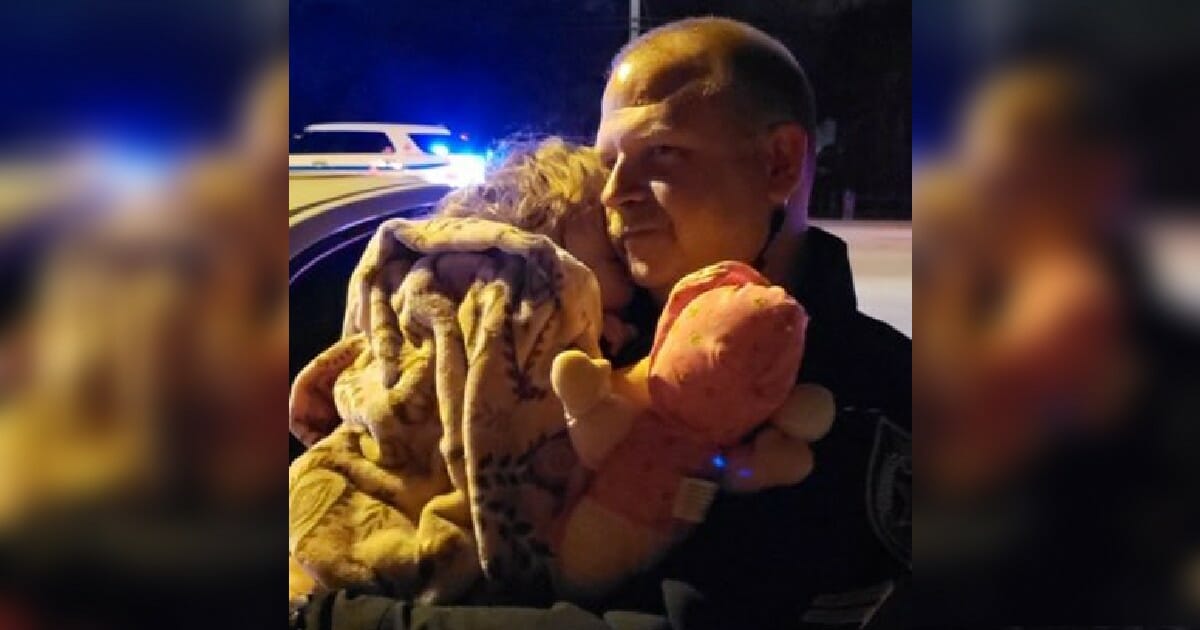 Police officers deal with a number of difficult situations, and it’s an important trait to be able to comfort victims who have just been through a traumatic experience.

One unforgettable photo shows just how crucial this can be in a moment of crisis, as an officer cares for an infant left alone at the scene of a crime.

Last week, Cpl. Campbell of the Palm Beach County Sheriff’s Office responded to the scene of a car accident. A couple had crashed their car, but fled the scene before police arrived.

But Campbell looked in the backseat and realized they had left some precious cargo behind: a one-year-old infant.

It’s heartbreaking to imagine how the little girl felt, not only living through a crash but then being left alone by her parents. She was reportedly unsecured.

So Cpl. Campbell took her out of the car and held her in his arms.

“During the investigation, which lasted over two hours, Cpl. Campbell held the baby to keep her calm and warm,” the sheriff’s office wrote on Facebook. “It was a windy night and she was understandably scared.”

As he kept her safe and warm, the baby clearly recognized the officer was there to protect her and formed a bond with him—when anyone else tried to hold her she would start “crying uncontrollably.”

Eventually, the baby calmed down enough that she fell asleep on Campbell’s shoulder.

“He was dedicated to making her feel safe and it wasn’t until she was transported by fire rescue and turned over to DCF that he let her out of his sight,” the post reads.

The negligent parents were arrested for child endangerment, among other charges. But while it’s a deeply sad story, the sheriff’s office wanted to share the photo to highlight the gentler, human side of law enforcement that often goes overlooked.

“There are things that don’t make it to the report, like this story,” the sheriff’s office wrote.

“This story and picture were just too genuine not to share.”

Thank you to this officer for going above and beyond to help this little girl! Share this heartwarming story!