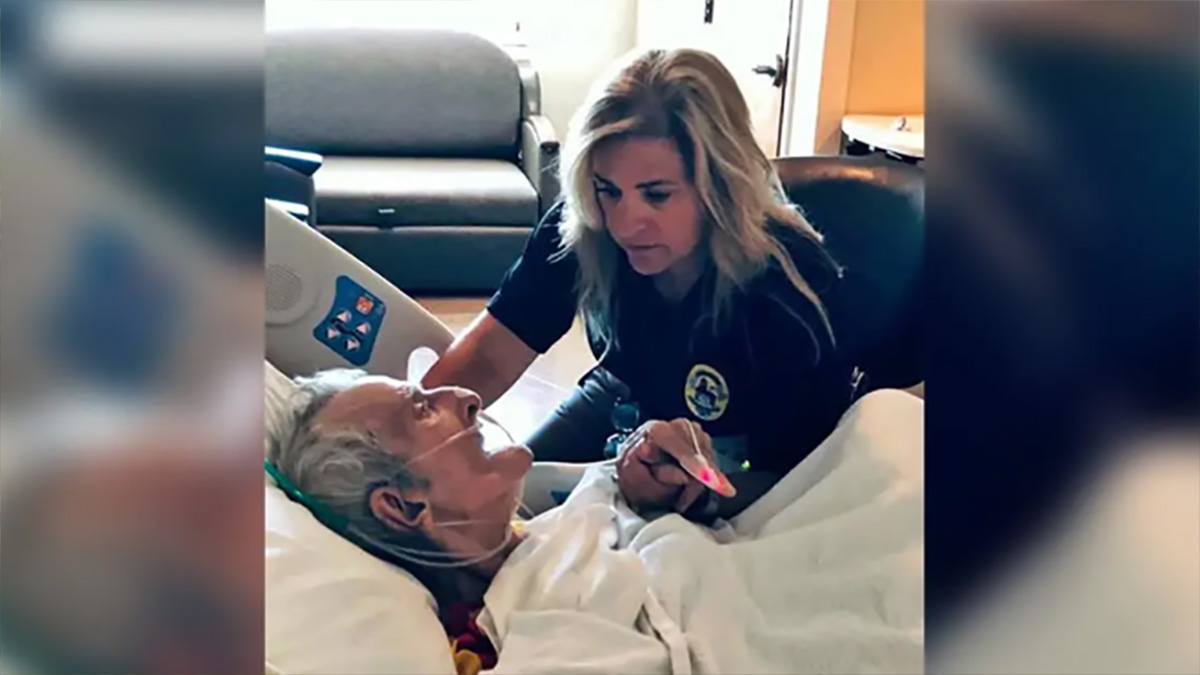 It was a routine call to a pawn shop in Georgia for Officer Dena Walker Pauly but little did she know how much her life was going to change.

Staff at the shop in Lawrenceville called police for help in assisting an elderly man.

Officer Pauly arrived on the scene to meet the man whose story touched her heart and led her to go above and beyond the call of duty to help him.

The elderly man called Bob had lived a hard and lonely life. He had been alone since he was a child and was homeless most of his life.

He didn’t know how to look after himself and a stroke had left him non-verbal.

Officer Pauly offered to take the man home and was “horrified” by his living conditions.

A post on Georgia Law Enforcement’s Facebook page said Bob’s life was “a series of sad stories strung together by poverty and loneliness.

“She (Officer Pauly) may have been dispatched that day by police radio, but we have no doubt she was really sent by God.”

‘Told him many times that she loved him’

Officer Pauly helped Bob with his home, taught him basic skills of how to look after himself and continued to care for him, making sure he had food to eat and even cleaned his small apartment.

To ensure that she could help with his medical care she sought Power of Attorney which was important after Bob was admitted to hospital in May 2019.

“Officer Pauly made the difficult decision to begin hospice care for Bob, so she held his hand and told him many times that she loved him,” the post added.

“It’s quite possible she’s the first person to ever utter those words to this poor man.”

An image was shared of Officer Pauly holding Bob’s hand in hospital which attracted more than 50,000 reactions.

Sadly, Bob passed away but in his hour of need he had someone by his side who truly cared about him for the first time in his life.

The post said their story was shared to show the “true nature of law enforcement officers.”

It continues: “We care so deeply that it hurts sometimes. Officer Pauly, your dedication and commitment to your oath of office, and fellow man, embodies what it means to be a Police Officer.”

We couldn’t agree more! What a truly moving story of how dedicated our officers are to making a difference in our communities.

Please share to show your support for this officer and wonderful human being.