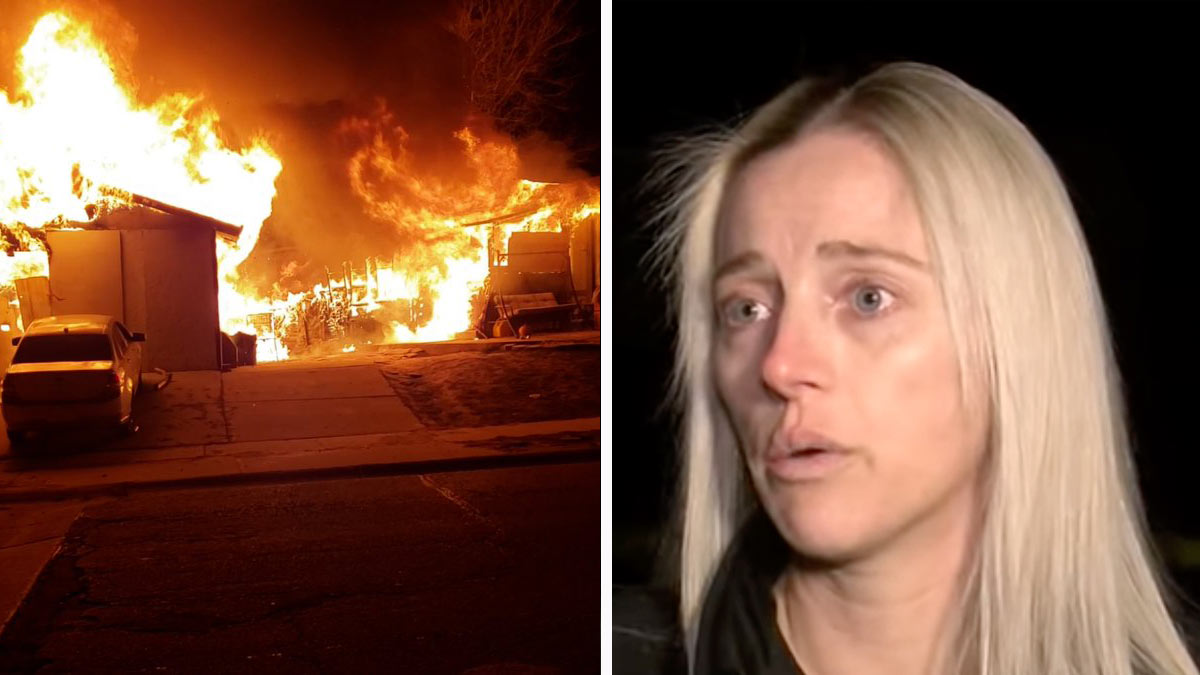 A woman risked not only her life, but the life of her unborn child when she raced up to a house that was on fire in her neighborhood.

“I just reacted. Probably not the best idea, you know, being pregnant. But you know, I would hate to see the fire and know I didn’t do anything and somebody died,” Sarah Maughan said.

Maughan, who is four and a half months pregnant, was at home in West Jordan, Utah Friday night when a fire broke out in her neighborhood.

She quickly got in her car and drove to the scene. When she arrived, neighbors watched as flames engulfed the home.

But rather than stand back, she rushed up to the front door and began knocking.

“I just felt the heat. Yeah, it was intense,” Maughan said. “Banged on the door. He came to the door. I said, ‘Your house is on fire.’ He saw the flames on the garage and his mouth just dropped. He was dead asleep. Surprised! (The fire) already to the doorway as we’re running (away).”

According to KTVX, the fire lasted for several hours and burned other structures.

Two police officers rescued a woman and her dog from a neighboring house after it caught fire.

Maughan hopes that one of her neighbors would do the same for her.

“I just believe in karma, so I hope if my house was on fire, somebody would come to wake me up or help me get out.”

Thankfully, no one was seriously injured, and the man whom Maughan rescued was extremely grateful for her heroic actions.

Bless Sarah for risking her life and her unborn child! It takes a certain kind of person to do what she did.