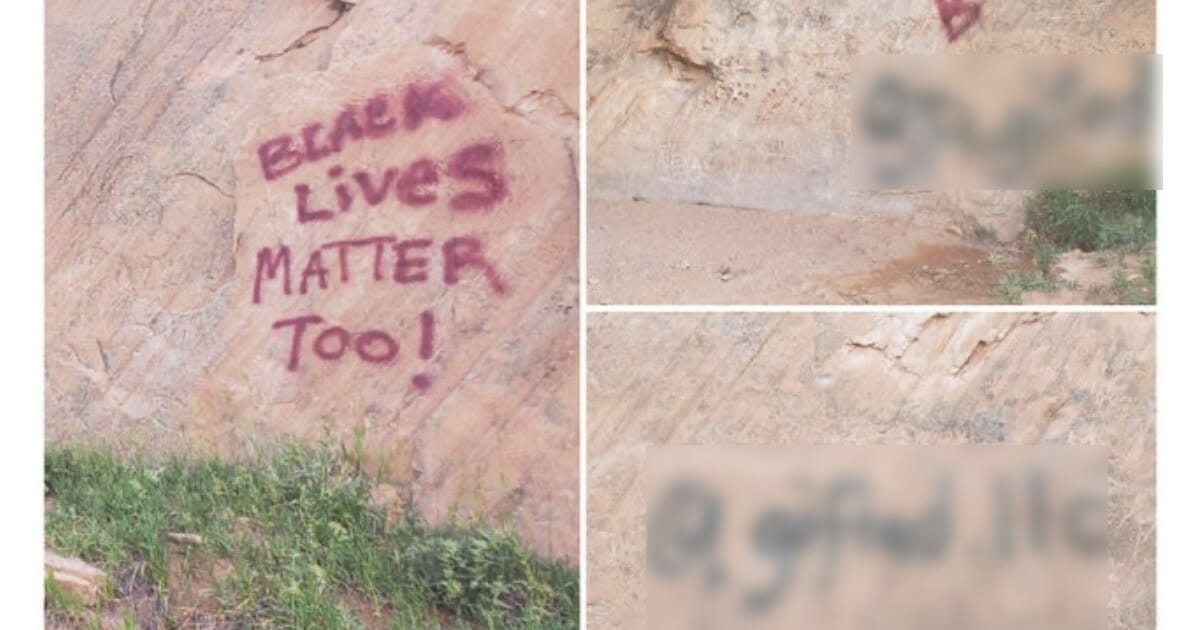 Recently, Colorado Springs, Colorado has experienced a number of incidents where public and private property was damaged due to vandals spray painting graffiti.

“We want everyone’s voices to be heard, and we are grateful to be standing beside our community as we move forward; but we do not wish for property to be damaged in the process,” the Colorado Springs Police Department shared on Facebook.

In addition to a photo of the front of their operations center, which had paint thrown all over it, the department shared photos from Red Rock Canyon Open Space.

Phrases that appeared to show support for the Black Lives Matter movement were spray painted on the rock formations.

“While we can clean our headquarters, the natural sandstone rock formations at Red Rocks Canyon Open Space are permanently damaged.”

Sgt. Jason Newton, the department’s spokesperson, told The Gazette they’re hopeful someone saw whoever was responsible.

This is the second incident where fragile rock formations near Colorado Springs were damaged.

It is not right to damage property, and it’s certainly not right to use Black Lives Matter as an excuse to destroy property.

Share this if you are against vandalism, no matter what.