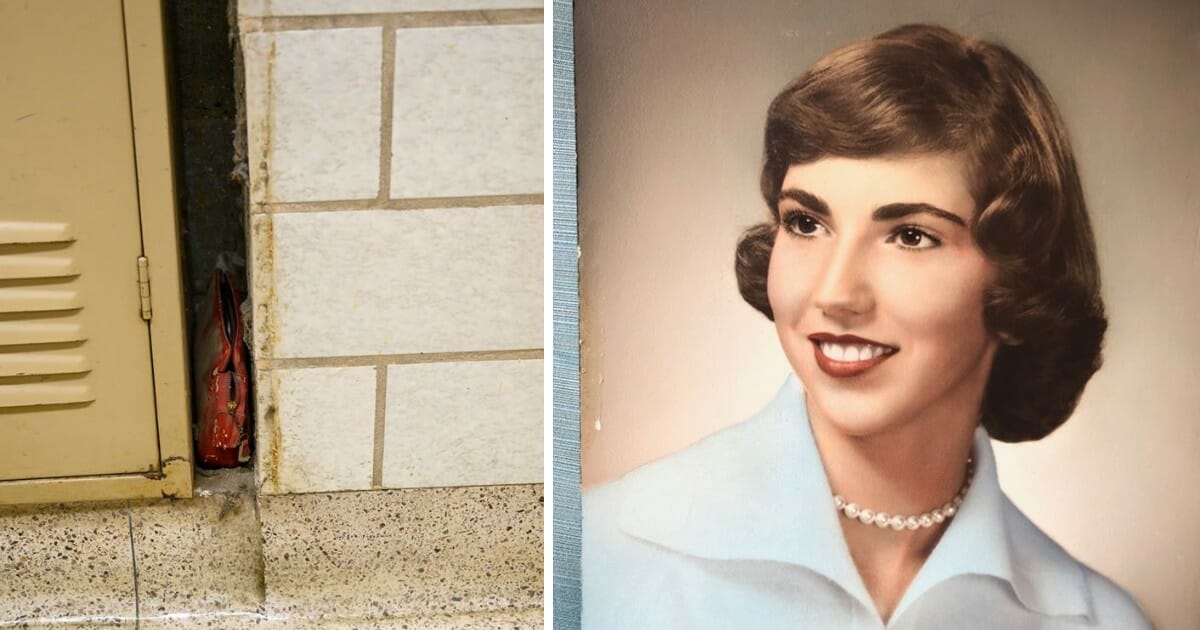 Most time capsules are created with the intention of looking at them in a certain amount of years. They give you a glimpse into the past.

But what Chas Pyle found hidden between a locker and a wall at North Canton Middle School in Ohio last spring was not meant to be a time capsule. Although a stroke of bad luck in 1957 led to quite the discovery in 2019.

On May 29, 2019, Pyle, a custodian for the North Canton middle school, heard a loud noise in a hallway. When he went to investigate he saw that one of the panels that covered a space between the metal lockers and the wall had fallen.

While working to fix the detached trim, he noticed a red purse covered in several inches of dust. He reached into the opening and pulled out the purse and brought it to the school’s office where he and a few administrators opened it.

They discovered that the contents were perfectly preserved. It was essentially a time capsule from 1957.

A student ID inside the purse identified the owner and with the help of Facebook they learned that she, Patti Rumfola, had died in 2013 at age 71, but they were able to get in contact with one of her five children.

They sent the purse and its contents to Rumfola’s daughter and in the fall the family gathered and opened their mother’s unintentional time capsule.

Rumfola kept tickets to several football games in her purse.

She had at least two library cards.

Rumfola even saved a photo from a friend.

A very faded wallet was also found inside her dusty purse.

Each of her five children kept one penny to remember their mother.

You can view more of the contents of Rumfola’s purse here.

Her family was extremely thankful to receive the purse, some 60 years later, as it gave a look into what her mother’s life was like as a teenager.

I cannot THANK YOU enough . . . We really appreciate all the care and effort you and others have put into this. It truly is a snapshot of life of the average socially involved teenager. My sister and I were looking through everything and we agreed that Mom would have been SO excited if she could see all of this. Would have made her smile so hard to know this had been found and reminisce about a day in the life of her old self.

While the school is currently a middle school, when Rumfola attended it was known as Hoover High School.

After school she became a teacher and was involved in many community activities and helped organize Punxsutawney’s Theatre Arts Guild and the Young Women’s Club. She married in 1980 and stayed married until her husband’s death in 2007.

Although she’s no longer with her family, they feel as though a part of her lives on, in a way that she never would have been able to imagine.

This is such an incredible find! I can’t believe how perfectly preserved everything is.