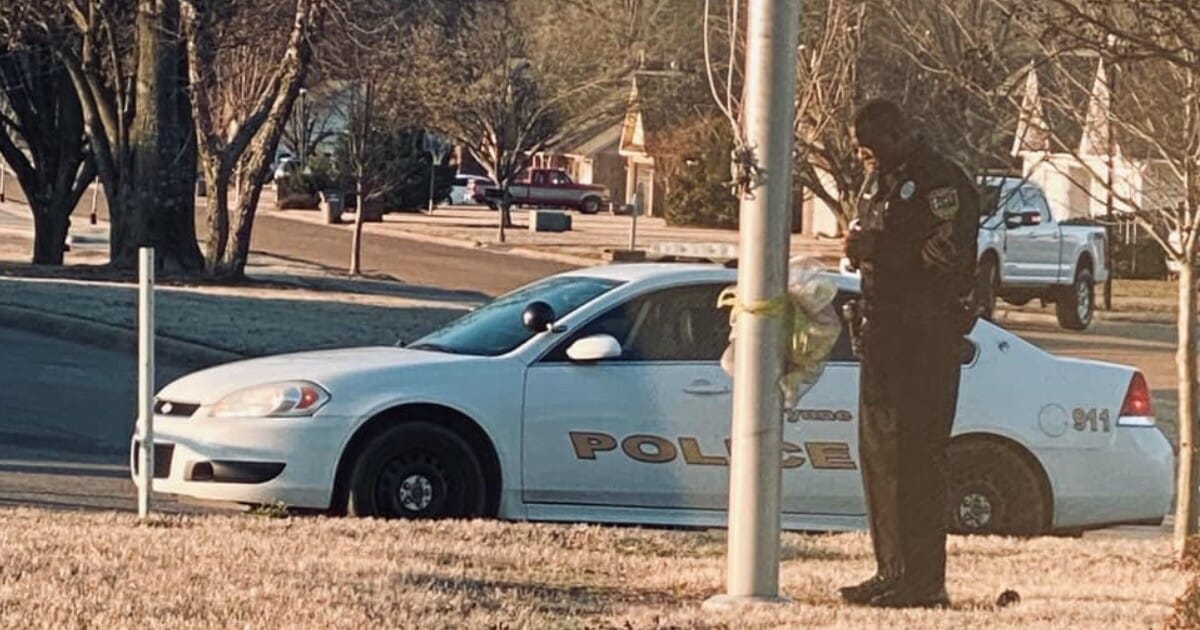 For years DeAndra Warren, 40, has prayed for the students he protects as a school resource officer at Wynne Public Schools in Wynne, Arkansas. He often found himself praying as he walked up and down the school halls.

Recently, a photo captured Warren prying at the school’s flagpole and the image has caused the reaction.

Warren, a member of the Wynne Police Department, began praying for the students in 2015.

“One moment I just felt the urge to stop at the [flagpole] and start praying at the pole because of what it represents and with so many things that are going on in our nation,” he told Good Morning America.

The moment, which was captured by a friend of Warren’s daughter and later shared on Facebook, showed the resource officer bowing his head and praying for everyone at the school, not just the students, and “the nation.”

When Warren isn’t praying or patrolling the halls, he’s interacting with the faculty, staff, and students.

“To see kid’s faces light up when I give them a high five and I’m just trying to show them a positive light … the positive side of law enforcement,” he said.

His daughter, De’Andria Warren, shared the photo on Facebook said she felt like she had to share the picture of her father because he’s made such an impact on their community.

“Kids come up to me and say, ‘Oh, you’re Officer Warren’s daughter? We love him!’ and it brings me so much joy,” De’Andria said. “It’s like ‘Wow, my dad is doing something to make an impact on all these people.’”

Thank you Officer Warren for keeping the children of Wynne Public Schools safe every day.

Share this article if you’ll keep Officer Warren in your prayers every day.