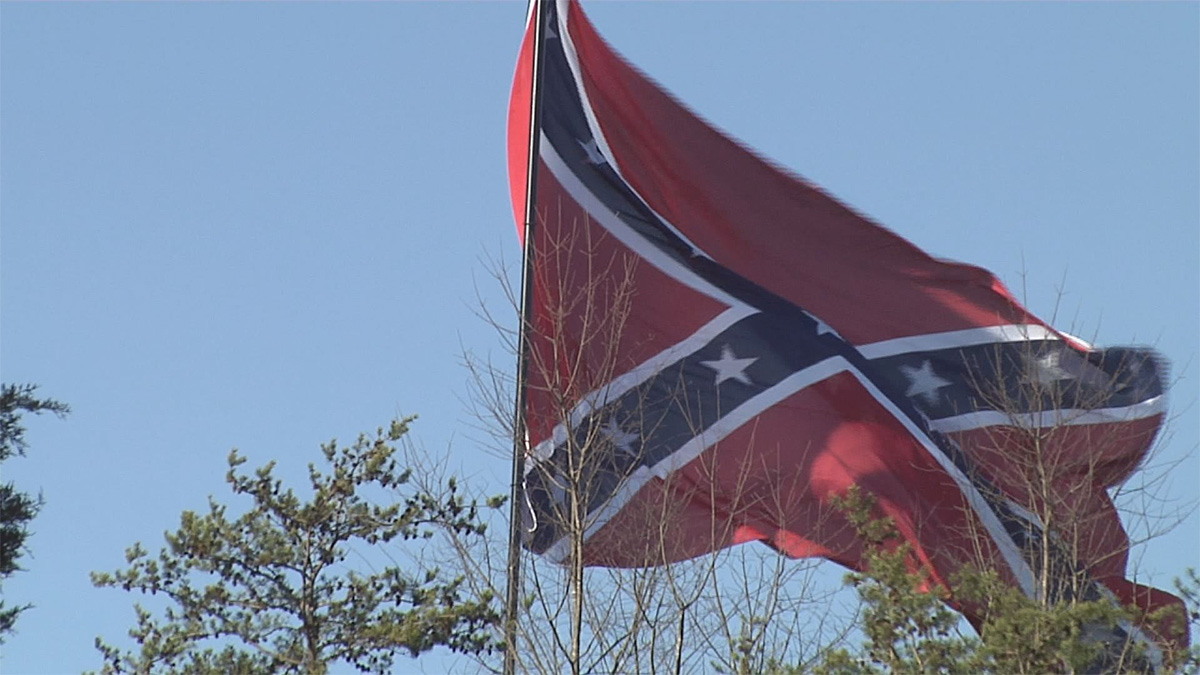 Anyone driving along highway I-95 in Virginia can’t miss the large Confederate flag that waves atop an 80-foot pole.

But now steps are being taken to remove the controversial flag after complaints from local residents.

Symbols of Confederacy are being removed across the nation with heavy hitters such as NASCAR and the state of Mississippi taking a stand to remove them.

Many see the flag as a symbol of slavery and racism, often used by white supremacists.

Local residents in Virginia spoke out against the flag at a Board of Supervisors meeting recently, according to AP News citing The Free Lance-Star.

The large flag has attracted criticism since it first appeared in 2014 in the town of Falmouth.

But the flag is on private property and is maintained by the Virginia Flaggers group, which describes itself as “Citizens of the Commonwealth who stand AGAINST those who would desecrate our Confederate Monuments and memorials, and FOR our Confederate Veterans,” according to its Facebook page.

State Delegate Joshua Cole, a Democrat, said he’s had many calls about the flag and is sending a letter to Virginia Attorney General Mark Herring to ask what can be done.

“If there’s nothing we can do, we can create some legislation,” he said, according to 6 News, Richmond.

What do you think about this flag flying in Virginia? Let us know your thoughts on our Facebook page and don’t forget to share this story.