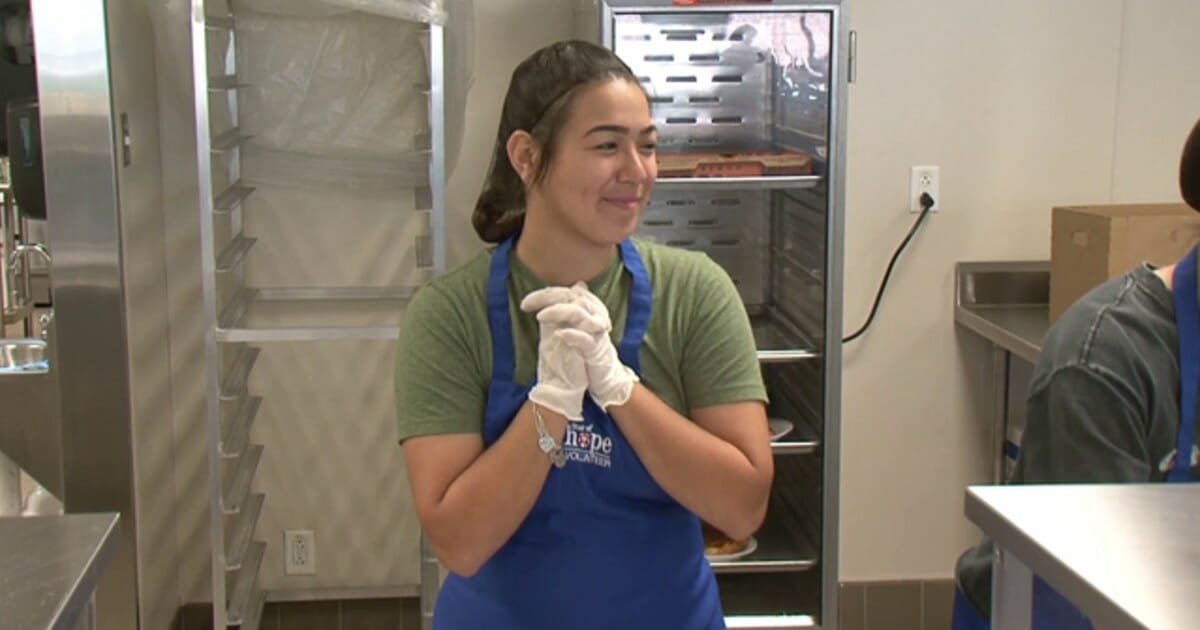 Months before she graduated Waltrip High School in Houston, TX, Leanne Carrasco knew she wanted to celebrate the end of four years of school a little differently than most high school students.

She wanted to give back rather than receive.

Before she graduated Leanne informed her parents that she didn’t want to spend money on a graduation party.

“Parties, they don’t last that long, only a couple of hours. Probably, I won’t even remember it,” she said.

She reached out to Star of Hope, an organization that helps homeless men, women, and children, and began to plan a special treat for them.

"I JUST WANT TO BE A BLESSING." A high school senior skipped having a graduation party and instead treated around 200 homeless women and children to a pizza party!

On Sunday, with the help of family and friends, Leanne served 95 pizzas and handed out 410 toiletry bags to women and children.

“I just want to be a blessing and show these beautiful women and children that no matter what, someone does care,” the high school graduate said.

Instead of a graduation party, Waltrip HS Senior Leanne Carrasco asked family and friends to throw a pizza party for the homeless women and children @StarOfHope. They provided and served 95 pizzas and made and distributed 400 "toiletry bags". pic.twitter.com/Oy0kucI5Yi

Even though her graduation celebration was different from the norm, Leanne said, “… being able to give to these people, it means a lot.”

What Leanne did was incredibly selfless. Most high school students would have wanted a party to celebrate the end of school, but not Leanne.

She wanted to give to others.

Share this article on Facebook to thank Leanne for her generosity and to congratulate her on her graduation!