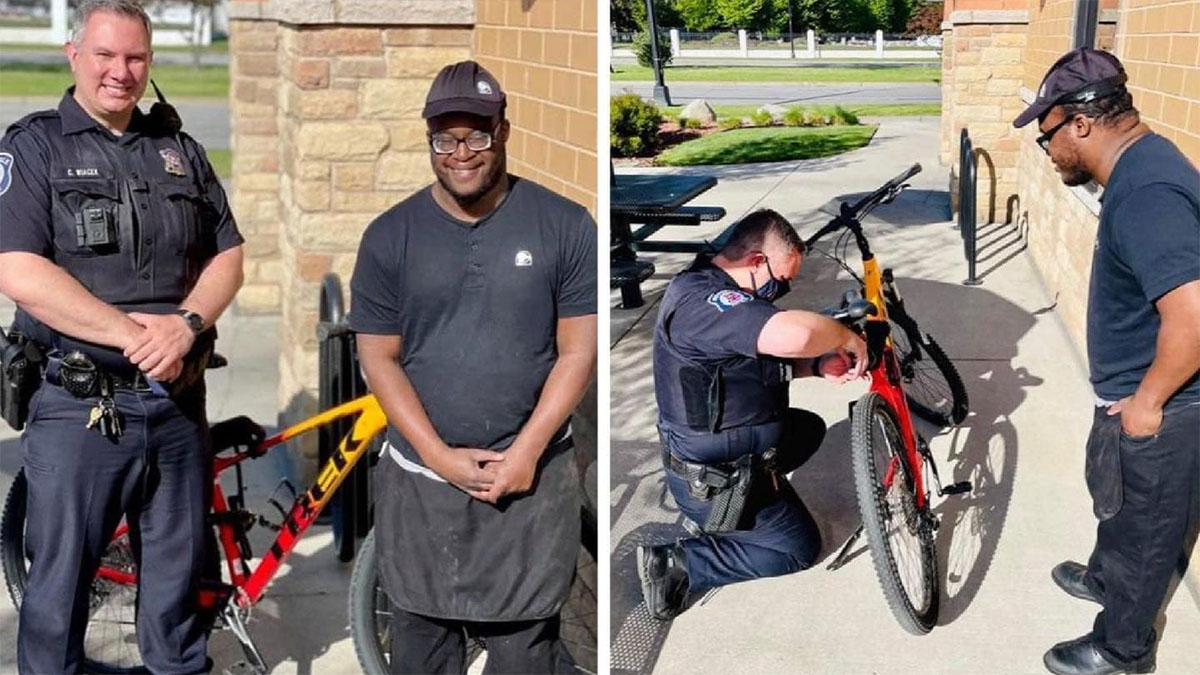 For those without a car they depend on bikes to get to work and earn the money they need to survive. Losing that mode of transport can mean the difference between having a job or not.

One Taco Bell employee got a shock one day when the mode of transport he had been using for the last year was taken from him.

Tyreese Taylor arrived at work, in Ferndale, Michigan, and was waiting for his manager to arrive when he was approached by a man who offered him some money to use the business’ phone.

He told him that he had to wait for his manager to ask his permission at which point the man grabbed his bike, discarding the contents of its basket, and took off.

The Taco Bell worker who had relied on that bike to get him to work for the last year, was now left stranded.

“I was upset, mad. I was trying to not let it get to me,” Taylor told FOX 2 Detroit.

By the time the officer arrived the suspect was long gone and CCTV footage had not grabbed a clear enough picture of him.

“When I arrived, I met the victim Tyreese, and as I spoke to him, it became pretty clear his bike was important to him,” said officer Wiacek, as per the Epoch Times.

The officer could have just left the scene but instead contacted Motor City Pawn Brokers to try and buy a new bike for him.

After discussing the boy’s situation the store owner insisted on donating the bike and also arranged for it to be shipped to the officer.

‘I thought they were joking’

Nine days later the officer received the bike and before he presented it to Tyreese he had it tuned up for free and then paid for new lights and a bike lock.

Tyreese couldn’t believe it when the officer showed up to present the bike to him.

“It was awesome, I was surprised. I thought they were joking at first,” he said.

Help us thank Officer Wiacek for going above and beyond by sharing this story.