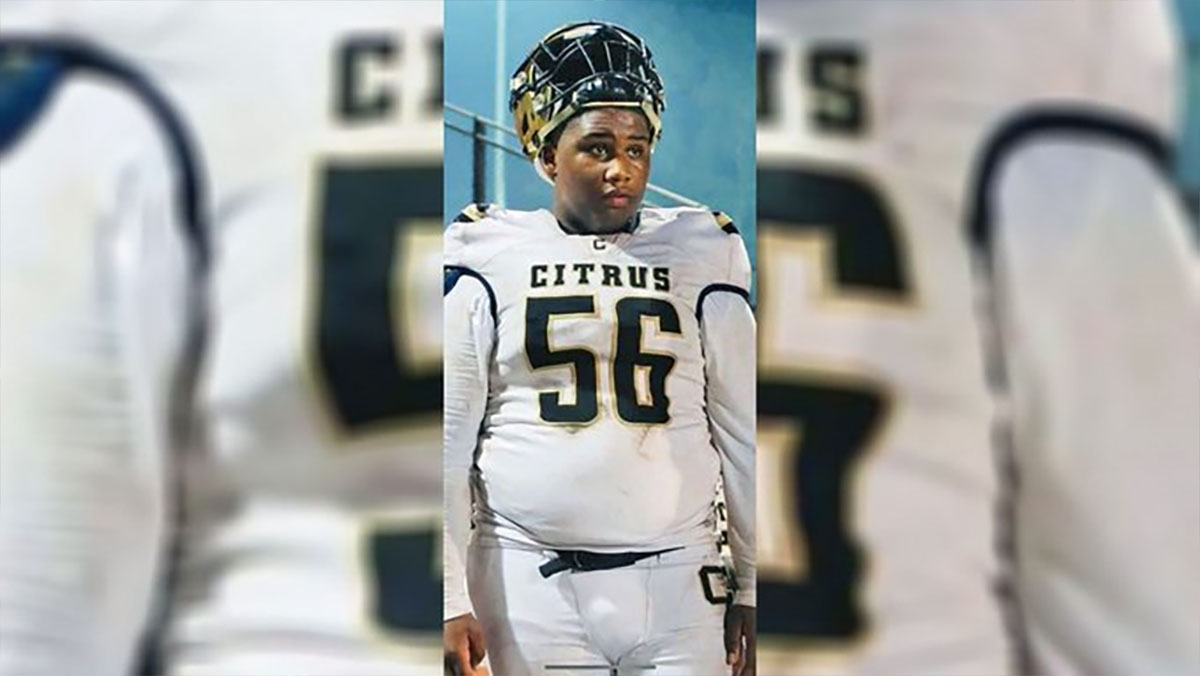 Antonio Hicks was rushed to Citrus Memorial Hospital where he was pronounced dead on September 28.

Tony, as his friends called him, was a 16-year-old student at Citrus High School, in Inverness, about 75 miles north of Tampa.

“We are deeply saddened by the tragic loss of one of our student athletes earlier this evening during football practice,” the school’s principal Laura Mason said in a statement posted on Twitter.

“Our heartfelt condolences are with the student’s family and the entire Hurricane community.”

His friends and peers have led tributes to the much-loved student and athlete with Hurricanes head coach McKinley Franklin saying it was a pleasure coaching and guiding Tony on the football field every day.

“It’s not often that a freshman can go on a varsity football field with the game of speed. He was a beast and I can humbly say that if it wasn’t for God preparing for him to go, he is the GOAT (Greatest of all time),” he told BayNews9.

His friends, who described Tony as kind, held a vigil at the spot where he parked his car every day and Tony’s number 56 was projected onto the football field at the high school during a game played on Oct. 22.

“Seeing his number out there, really, it just really brings everything to reality knowing that this game really means everything to him and we’re all playing for him tonight,” teammate Caleb Holloway told BayNews9.

His dad Henry Hicks said his son died doing exactly what he loved.

“It could’ve happened at any given time,” he said. “Antonio’s been doing this since he was 7 and a half, 8 years old. God called him home, you know why? Because he’s a shining star.”

The cause of Antonio’s death has not been released to the public and his funeral was held on Oct. 9.

“He was a kid that had an infectious laugh and could light up a room with his smile,” one of his football coaches Zeb Bishop, who is organizing the fundraiser, wrote.

My heart goes out to the family and friends of Antonio Hicks. May he rest in peace.