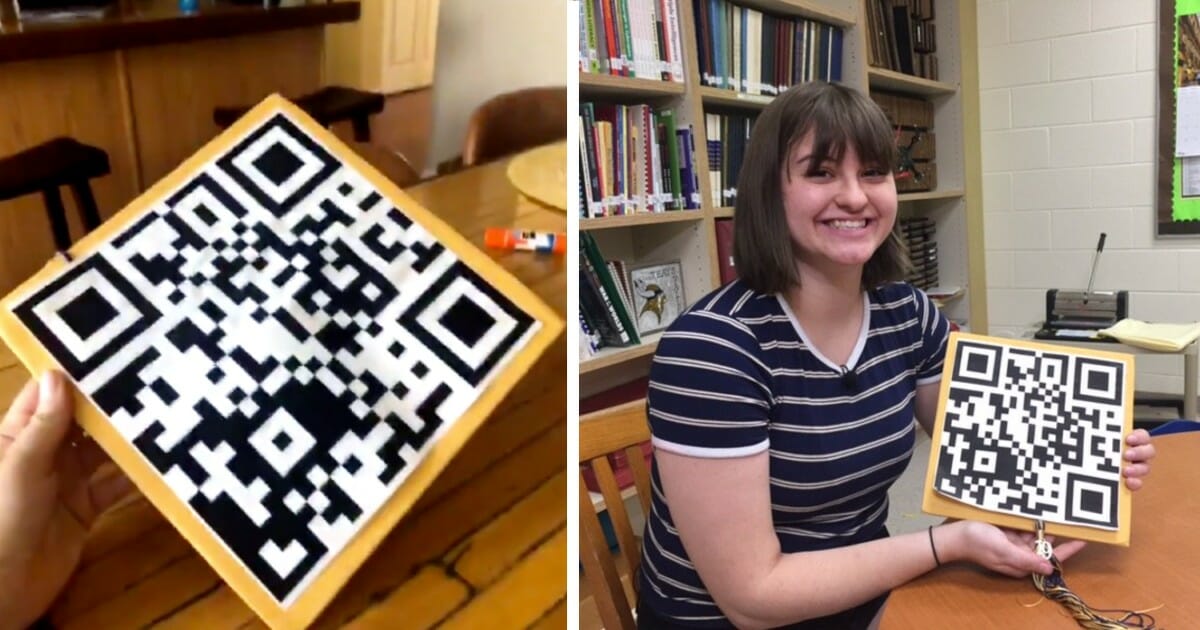 Figuring out how to decorate your graduation cap can be just as stressful as studying for your last final of your high school career. You want it to represent who you are or your future plans, and you want it to be perfect. Hundreds of people will possibly see it as you walk across the stage to receive your diploma.

With this in mind, Gina Warren, had an idea. The design on her cap would be unconventional, but it would have a message. And a strong one.

Gina Warren, an 18-year-old from Ashville, Ohio, placed a simple QR code on top of her graduation cap.

But what happens if you scan her QR code?

The code is linked to a list of high school students killed in school shootings starting with the 1999 Columbine shooting and ending with the most recent shooting at the STEM school in Colorado.

“I wanted to make something just as powerful as a statement, but rather than direct it to lawmakers or the NRA, I wanted to direct it to everyone who will see it,” the high school senior told BuzzFeed News.

Gina used Everytown, a nonprofit advocating against gun violence, and was shocked to discover the long list of people who had been killed.

The list includes students killed at a high school.

Gina told WSYX that she got the idea after the 2018 shooting at Marjory Stoneman Douglas High School.

i decorated my graduation cap pic.twitter.com/FBzQ8BTIxo

While she has been met with some criticism, the overwhelming majority of the reactions are positive. Some users have thanked her for including their loved ones, while others have suggested names that may not have been accidentally left off. And perhaps most heartwarming is the number of people asking for the QR code so they can use it on their graduation cap.

Along with remembering the victims, Gina wants others to take action.

We were excited to have @terriwsyx6 back at @TVHS_VIKINGS today! She is doing a feature on senior @Gi10eight during the 6:00 news on @wsyx6. Be sure to tune in! pic.twitter.com/nDeQluSIuv

“No matter who you are or where you stand politically, this is a serious problem and you need to get up and speak about it because these kids shouldn’t be dying,” Gina told WSYX. “It needs to stop. You need to use your voice and vote and make a change to make the country safer.”

Share this story to remember these students who will never get to receive their high school diploma because they were killed in a school shooting.