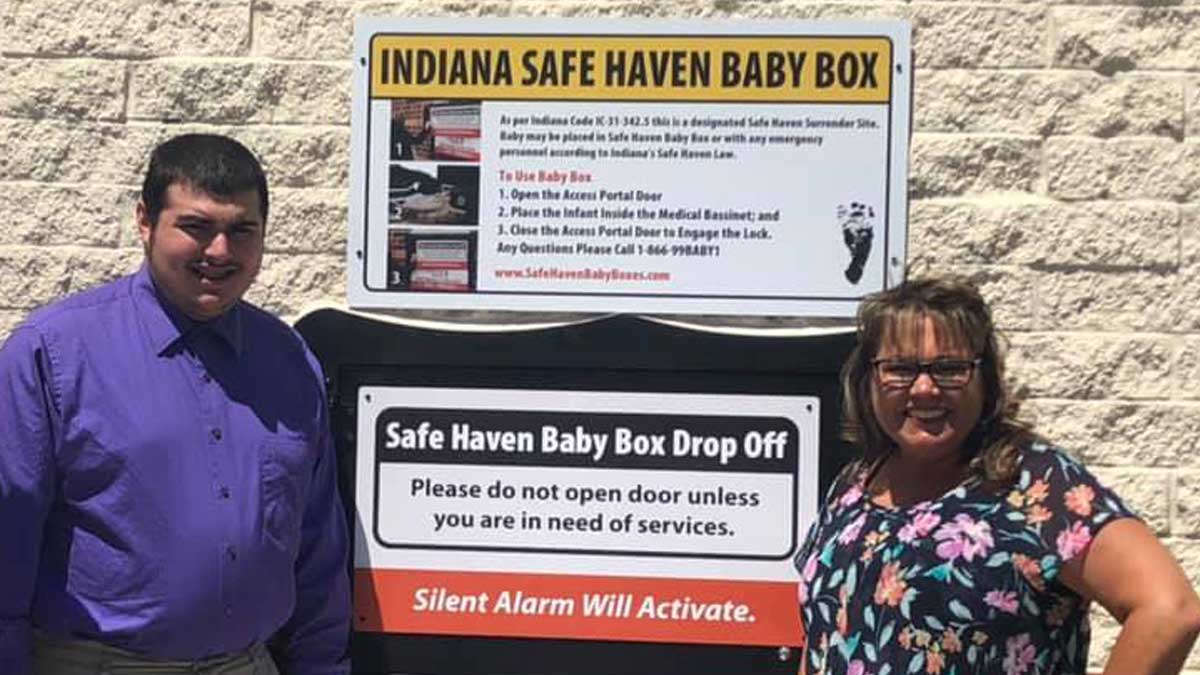 A mother was able to safely surrender her newborn child thanks to an Indiana teen who worked extremely hard to get a Safe Haven Baby Box installed at a fire station.

“I’m glad that the mother brought her baby safely to the baby box, and I want my hard work to pay off for a long time,” the teen said at the time.

When Hunter Wart was a junior at Columbus North High School he began raising money to install a baby box at a fire station in Indiana.

Safe Haven Baby Boxes is a nonprofit organization that is meant to prevent the abandonment of newborns by giving parents a place to safely leave their children.

When a child is placed inside one, an alarm sounds and emergency personnel are immediately alerted. The mother’s identity is never revealed.

Since the program’s beginning in 2016, there have been no dead abandoned babies in Indiana. In 2020, six babies were safely placed inside a baby box, and four more states received their own baby box.

Wart wanted to help those who felt like they had no other option so he began collecting scrap metal and mowing lawns.

“It was a lot of hard work,” his mother Julia Kwasniewski told CNN. “A lot of blood, sweat and tears.”

Finally, he reached his goal of $10,000, which was enough to purchase a baby box for the Seymour Fire Department.

Less than a year after its installation, a desperate mother utilized the box.

Craig Flinn was off the day the newborn was surrendered, but explained what happened.

“The guys that were here (Station 3) at the time called headquarters and got the chief, and the guys were pretty shocked,” he said. “The guy who got to the baby first was in the room, and there is a curtain that covers the baby box so identities will remain anonymous.”

“The guy that was in the room heard the thump and immediately told the guys in the kitchen there was baby in the box,” Flinn said. “The three of them went together and got the baby, and we were surprised this happened during the daytime.”

Within seconds the newborn, who was estimated to be about an hour old, was in the hands of firefighters. An ambulance arrived minutes later to take the child, named Baby Mia by Wart, to the hospital where she was said to be “doing great.”

Wart, who was honored by the town’s mayor, said he hoped when “Baby Mia” grew up she’ll see the story of how she was safely surrendered.

It’s clear these baby boxes work and are important to our communities. I really hope we are able to install more of these around the country.