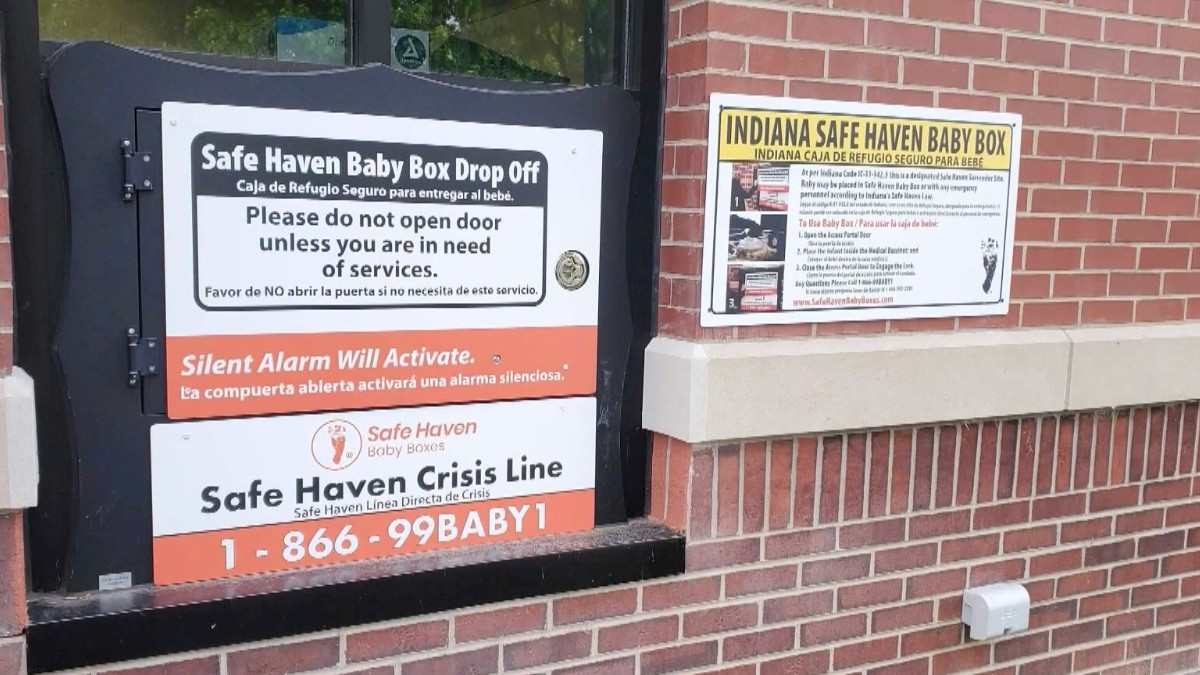 For many it’s hard to imagine giving up a child, but some people feel they have no choice but to surrender their child in order to give them a better life.

Recently, officials at Clarksville Fire Station 1 in Clarksville, Indiana discovered someone made the extremely difficult, but courageous decision to hand over their newborn.

“I can’t imagine the bravery it takes and courage it takes to surrender your newborn,” Chief Brandon Skaggs said.

Officials said the healthy newborn girl, who was less than an hour old, was left inside the fire station baby box around 7 a.m. Sunday.

The lieutenant in charge was near the Safe Haven box, which was first made available to the public in October 2020, when he heard the door open on the outside of the building.

As soon as he heard it close, he looked and saw a baby inside.

They estimate it took 15 seconds for whomever anonymously dropped off the baby until a firefighter picked up her.

“I’d like the parent to know, whoever did the surrender, how brave you are. We respect you. There’s no shame. You showed grace and love yesterday and it’s noticed and your baby’s doing well.”

Once the newborn is released from the hospital she will be placed into the custody of the Department of Child Services, per Indiana law. And within 30 to 45 days, she will have an adoptive family.

“I’m so thankful she chose a safe place to surrender her child and not in a dumpster or trash can like we see too many times,” Monica Kelsey, the founder of Safe Haven Baby Boxes, said.

Under Indiana’s Safe Haven law, a parent can surrender a child who is no more than 30 days old without fear of arrest or prosecution. In 2017, the state’s law expanded to give parents the option to surrender infants at baby boxes.

Currently, Indiana has 67 Safe Haven Baby Boxes, and has saved the lives of 12 babies since being installed throughout the state.

To the person who surrendered this sweet baby girl, thank you for being brave and giving your child a chance at life.

I cannot even begin to imagine how difficult it was to hand over your child, but know they are being loved.