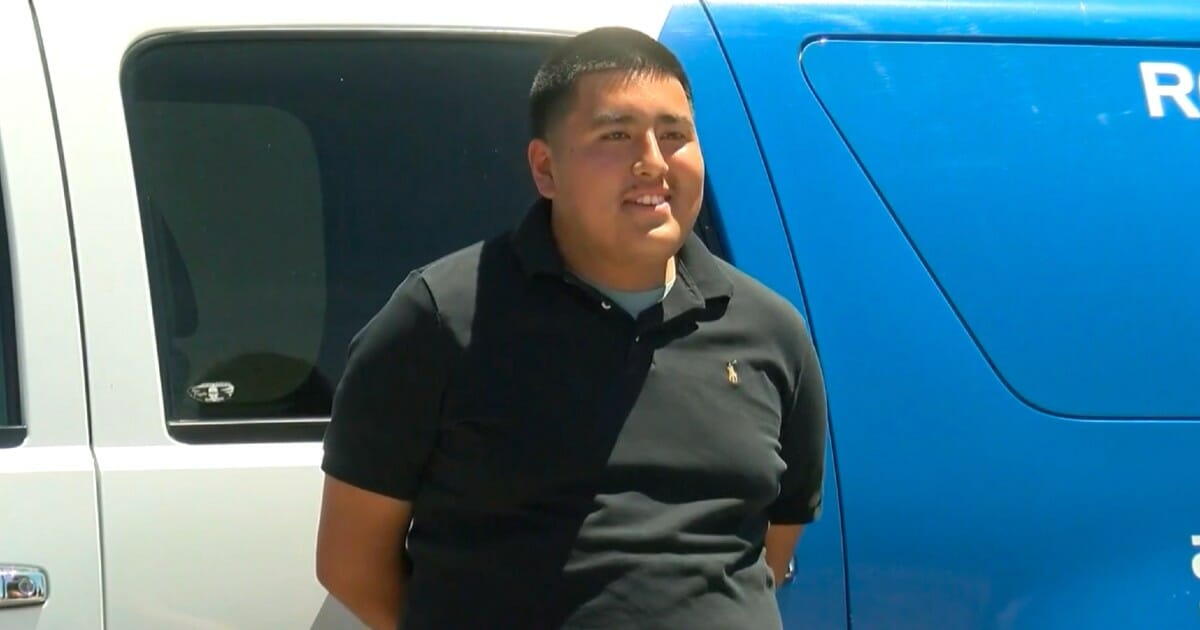 Spend it on yourself? Put it away in a savings account? Return it?

José Nuñez Romaniz was faced with that decision, which for him really wasn’t much of one, recently. The 19-year-old from Albuquerque, New Mexico was at a Wells Fargo ATM when he spotted a clear bag with a large amount of money inside.

He immediately called the 1-800 number on the ATM and then contacted the police.

According to KRQE, a Wells Fargo subcontractor accidentally left behind the bag of cash, which contained $135,000.

So, just how hard was it for José to turn in the money?

“In the back of my head, I was just thinking about my parents, especially my mom,” he recalled. “What she would do if I came home with the money and what she would do with her chancla to hit me,” he said. “I did the right thing and I know my parents are proud and my family is proud as well.”

Not only did the teen receive praise from the mayor and police chief, but he was also rewarded for his honesty.

He received $500 to put towards his tuition, along with a gift card, an additional $500, and season tickets for University of New Mexico’s football.

“What a great opportunity for us to see some good in the community with all the tragedies we see with young people, this really restores our faith in the community as well,” said Albuquerque Police Chief Mike Geier.

Thank you, José for doing the right thing and turning the money in. Share this positive news story on Facebook.