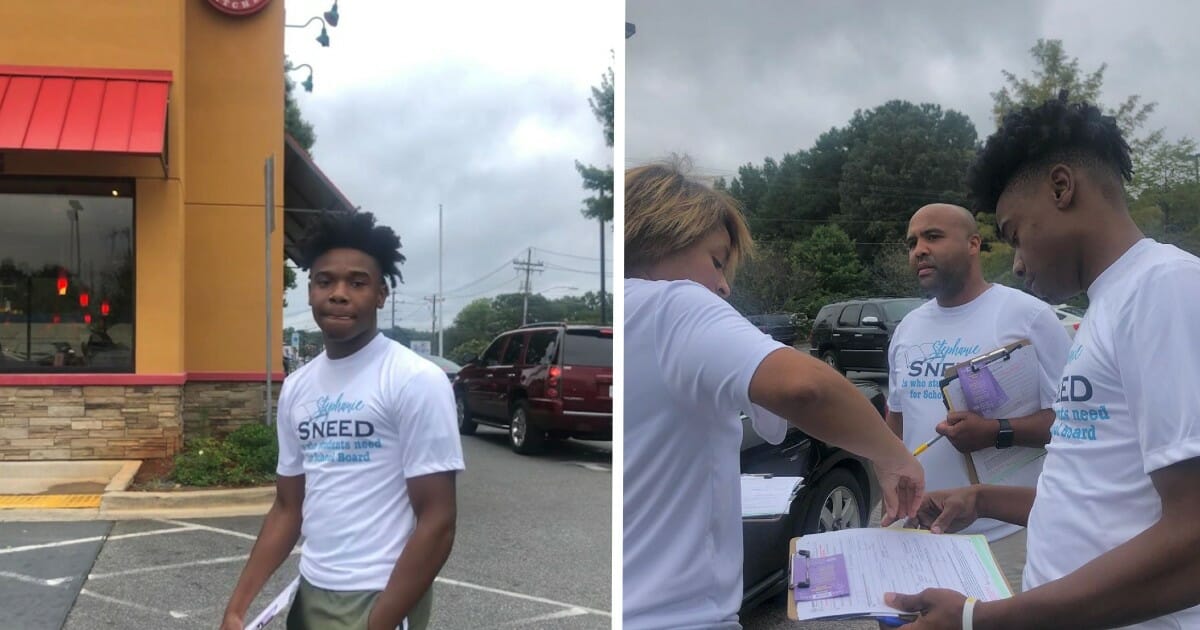 Recently, several fast food chains engaged in a chicken sandwich war on Twitter. It all began with a promotion for Popeyes’ new chicken sandwich. Chick-fil-A responded, which resulted in a back and forth between the two chains and even a few tweets from Wendy’s.

People flocked to Popeyes to try the new sandwich and in many instances were met with long lines or limited sandwiches.

When the new chicken sandwich went on sale, David Ledbetter went to a Popeyes in Charlotte, North Carolina. But his intention wasn’t to judge which fast food chain had the best sandwich. The teen had something else in mind.

“I decided to register people to vote after I saw there was a lack of young people politically involved,” David told WCNC.

As people waited in line to purchase a chicken sandwich, David urged them to get involved in their local politics.

Today we were registering individuals to vote while they were waiting in line to try the @popeyeslouisianakitchen chicken sandwich. Make sure you’re registered to vote!✊??? @sneed4schoolboard

“I believe that it is our duty to vote as American citizens and it would be wrong not to exercise our political voice,” he said.

Although many of the people he spoke to were already registered voters, he was able to register 16 people.

What an inspiration! We need more young people to be like David!