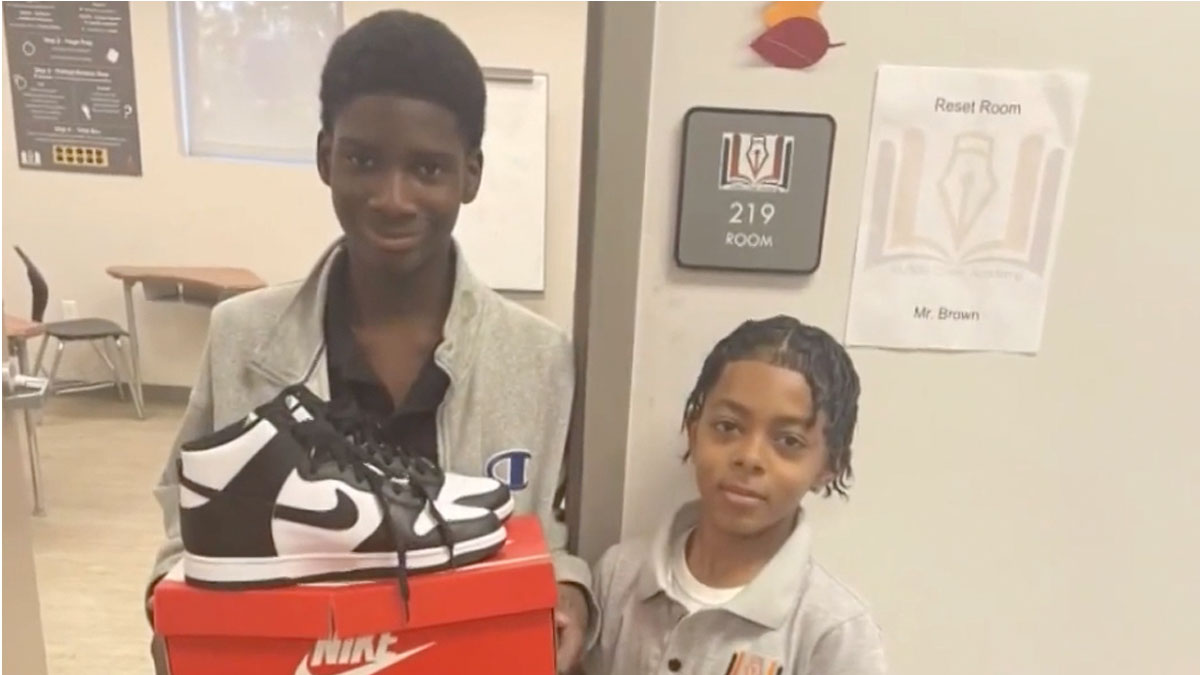 While at times the world may seem like nothing but chaos at least the kids are alright.

A New York seventh grader recently caught the attention of his school’s administrators for a selfless act of kindness.

After Romello Early saw his friend receive criticism for the shoes he wore to school, Romello took matters into his own hands. He used his own money to purchase his best friend a new pair of sneakers.

Recently Melvin had been showing up to school wearing sneakers that weren’t as new as his classmates’ shoes. They were falling apart.

Romello took notice and wanted to help his friend out.

“I could tell it was upsetting him,” the boy said. “It just put a real bad ache in my stomach to see somebody have to go through that, and to be to be picked on just based off appearance.”

Once the seventh grader had enough of his allowance saved, he asked his mom to take him to the store where he purchased a new pair of Nike sneakers for Melvin.

Melvin was in shock.

“I’m really appreciative of what he did for me,” he said.

Although Melvin expressed a desire to pay his friend back for the brand new sneakers, Romello said there was no need.

“This is my man … right here,” Melvin proudly said.

Dean of Culture Bryant Brown Jr. said the boys’ friendship and Romello’s act of kindness made him emotional, and he hopes what Romello did will inspire other students at the school.

“When Romello did this with his allowance money, it touched my heart and I almost came to tears.”

Awsome job, Romello. You can tell you were raised right.