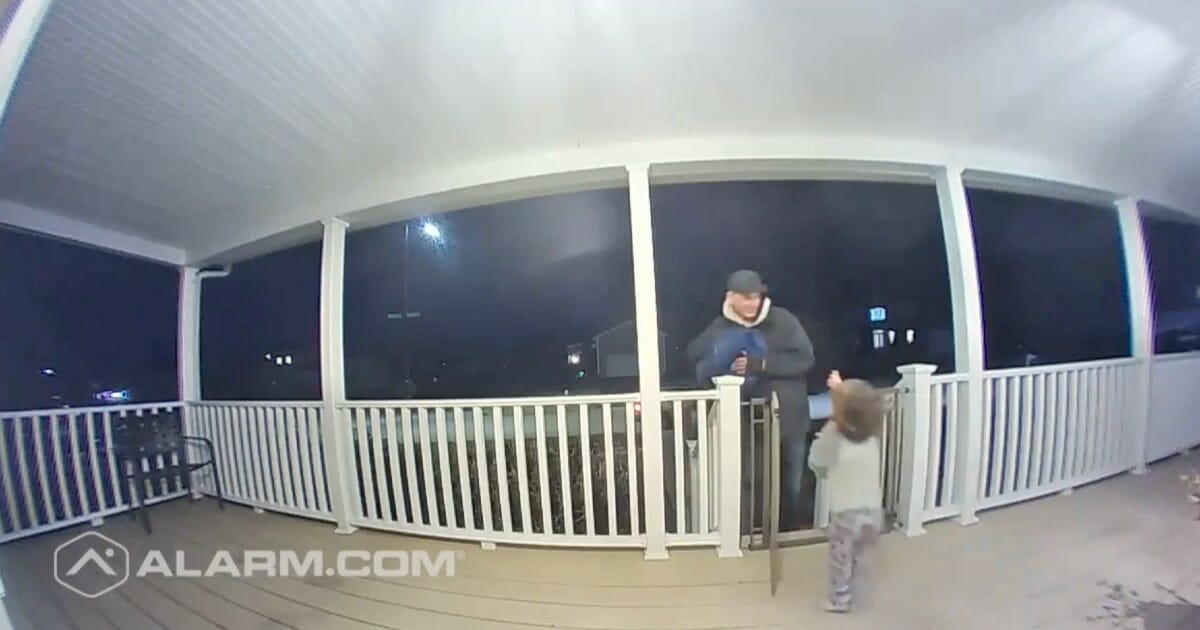 That’s what one two-year-old did when he greeted a pizza delivery driver with a hug. Little did the toddler know that the hug would have such an impact on the driver.

Recently, Lindsey Sheely and her family ordered a pizza for delivery and when the pizza came her two-year-old ran up to give the driver, Ryan Catterson, a big hug.

The sweet moment was caught on the family’s doorbell camera.

Sheely initially shared the clip on social media, and it’s since gone viral.

“Even better, is that I posted this to my IG stories last night and somehow, it found it’s way to the man who delivered our pizza! Thank you, Ryan for being so sweet with our little guy!” Sheely wrote later in a Facebook post.

And what made this innocent moment even more special – Ryan Catterson had just lost his 16-year-old daughter, Alyssa, the week before and a hug was exactly what he needed.

“Little did we know what Cohen’s hug to this stranger would mean,” Sheely wrote in her post. “Through this, we found out that Ryan unexpectedly lost his daughter recently, and that hug from Cohen was a little blessing from God.”

His 16-year-old daughter, Alyssa, who lived in California with his ex-wife, reportedly struggled with mental health issues and unexpectedly died.

“After losing my daughter this past week, it just touched me because it was like she was there, you know, and it just meant a ton to me,” he said.

His ex-wife, Danielle McCord, was “grateful that someone saw his pain.”

“It’s so easy to miss people and their internal pain,” she said. “That even goes to our daughter, you know. We didn’t know her pain.”

Even though it was a fleeting moment, it is one Catterson will remember for a long time.

“That might have been her just looking out for me at the time,” he said. “Those words mean something, made me think, ‘Wow, maybe she’s there.’”

Alyssa’s family also created a GoFundMe, to raise money for funeral expenses. It ended up raising over $31,000 for the grieving family.

“I believe in divine appointments and know that Ryan was the one to deliver our pizza for a reason,” Sheely wrote before giving viewers the link to the fundraiser (which is now closed).

Often, kids instantly know sometime when a person is hurting and needs a hug.

This was such a sweet moment. I’m so glad this little boy ran up to Ryan and gave him a hug! This is so heartwarming/heartbreaking at the same time. Bless all their hearts 💞

Share this to inspire others to reach out because you never know who is hurting inside.