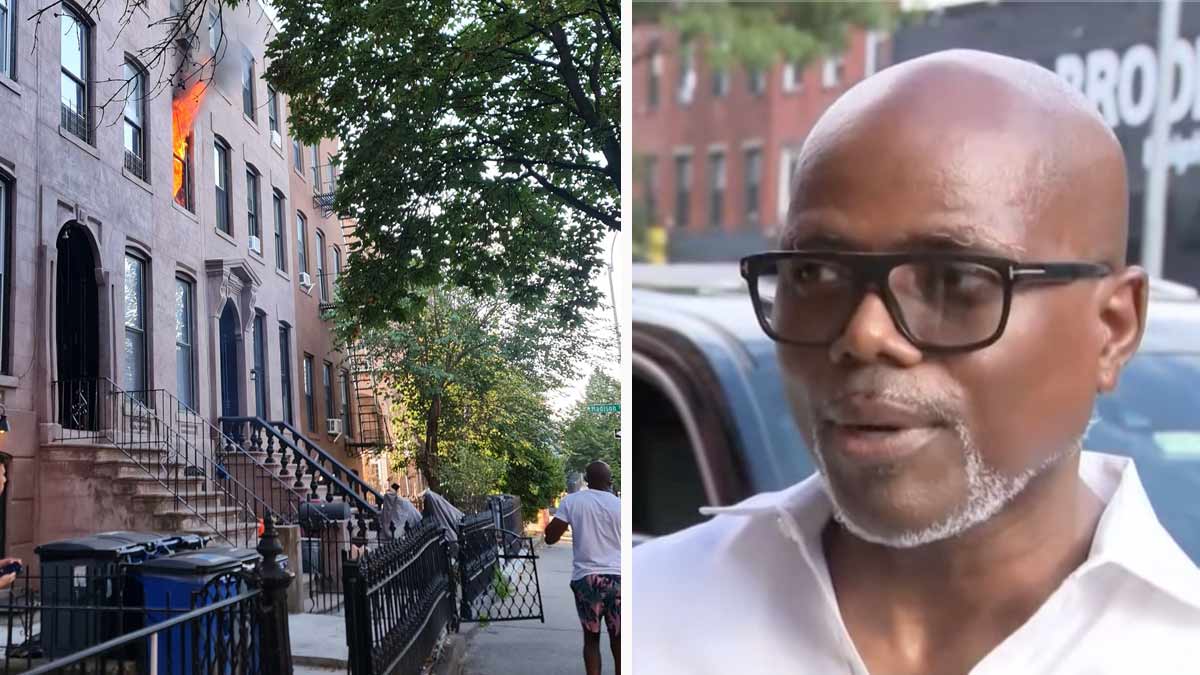 Some Uber drivers provide their passengers with bottled water, others know when to cut the small talk, and others manage to save lives and get their passengers to their destination on time.

Last Wednesday Fritz Sam was in the middle of taking a passenger to LaGuardia Airport when he spotted a brownstone in Brooklyn’s Bed-Stuy neighborhood on fire.

Without much hesitation he pulled over and ran inside the building to pull the occupants to safety.

“It was not my plan. I had no intention of going in there, but something had to be done and I just moved,” he told NBC New York.

Sam happened to drive past a brownstone Wednesday morning as flames and smoke billowed out the windows.

Knowing he had a passenger in the car who was on their way to the airport, he stopped his vehicle and got out to help.

“All I wanted to do was do the right thing, display some courage. I was afraid, but there was a moment where I had to put it aside and focus on the task.”

Sam rushed into the building and managed to pull two people to safety before firefighters arrived.

“I said, ‘Come on. We gotta go,’” Sam told PIX 11. “I held his arm because he was a little wobbly and we just walked to the front door. The officer was there. The first firefighter was coming through the door with a hose. So the professionals are here. I’m gonna get out.”

After his act of heroism he raced back to his vehicle where his passenger waited.

Somehow Sam was able to get Wei to the airport with plenty of time to catch her flight.

“It was surreal, but we got to the airport on time. She made her flight,” he said.

Uber recognized Sam for his act of bravery and quick-thinking that likely saved lives.

“We’re incredibly grateful to have such a heroic and thoughtful member of our community in Fritz,” a spokesperson said in a statement obtained by PEOPLE. “Today, he went above and beyond to keep his neighbors in New York safe – and still managed to get his rider to the airport on time.”

While most everyone recognizes what Sam did as an act of heroism, Sam feels that it was nothing special.

“I didn’t do anything special. If your family was in a burning building, you wouldn’t hesitate. All I did was say, ‘Wait a minute, that may not be my family, but that’s somebody’s family.’”

Fritz, you are a hero! Not everyone would stop their vehicle and rush into a burning building to save strangers!

Please share this story to let Fritz know that he is indeed a hero and deserves to be celebrated like one.