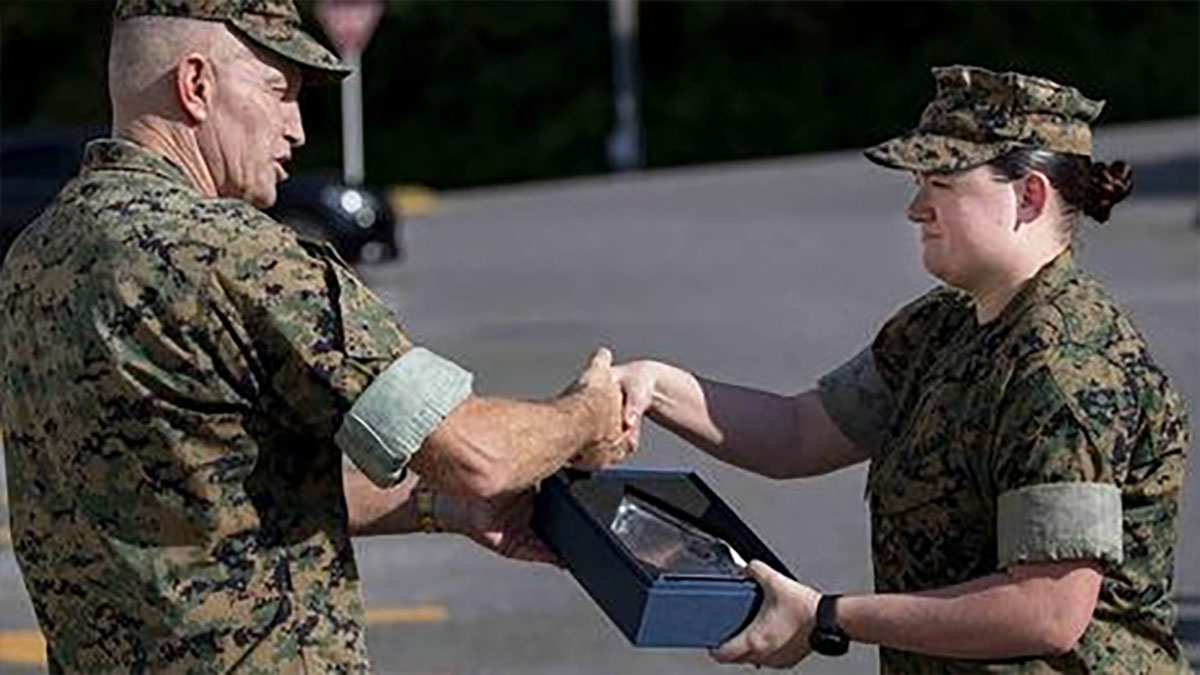 When Lance Cpl. Noelle Gallegos was awoken by the sound of screaming, she didn’t hesitate to investigate.

The 21-year-old Marine was working as a night-shift patrolman with the provost marshal’s office at Camp Courtney in Japan when she found her roommate in the bathroom surrounded by broken items.

She called 911 and ran to find the duty officer. Her roommate was naked and carrying a knife by the time her co-workers arrived and Gallegos managed to disarm the woman and stop her from stabbing herself and jumping out of a window.

The Pennsylvania native also managed to restrain her while a first responder checked her over before taking her into custody.

“It was a crazy hour,” she recalled explaining how her male colleagues had been wary of touching the distressed woman and despite her kicking and screaming Gallegos managed to stop her from harming herself.

Gallegos has now received an award for her bravery that day. On Nov. 3 she was given the Marine Corps Law Enforcement Foundation’s Jim Kallstrom Award, which honors those who exemplify ‘the ethos of protect and serve.’

The young Marine said her roommate did not drink or use drugs but had been acting strangely that day, according to Stars and Stripes.

“She has always been outgoing and she is easy to speak with. She has great people skills and maintains a mature personality,” he added.

Gallegos plans to pursue a career practicing law once her enlistment in the Marine Corps is up, she said.

This woman could have killed herself if it wasn’t for Gallegos’ quick-thinking actions and bravery.

Help us honor this Marine by sharing her story.