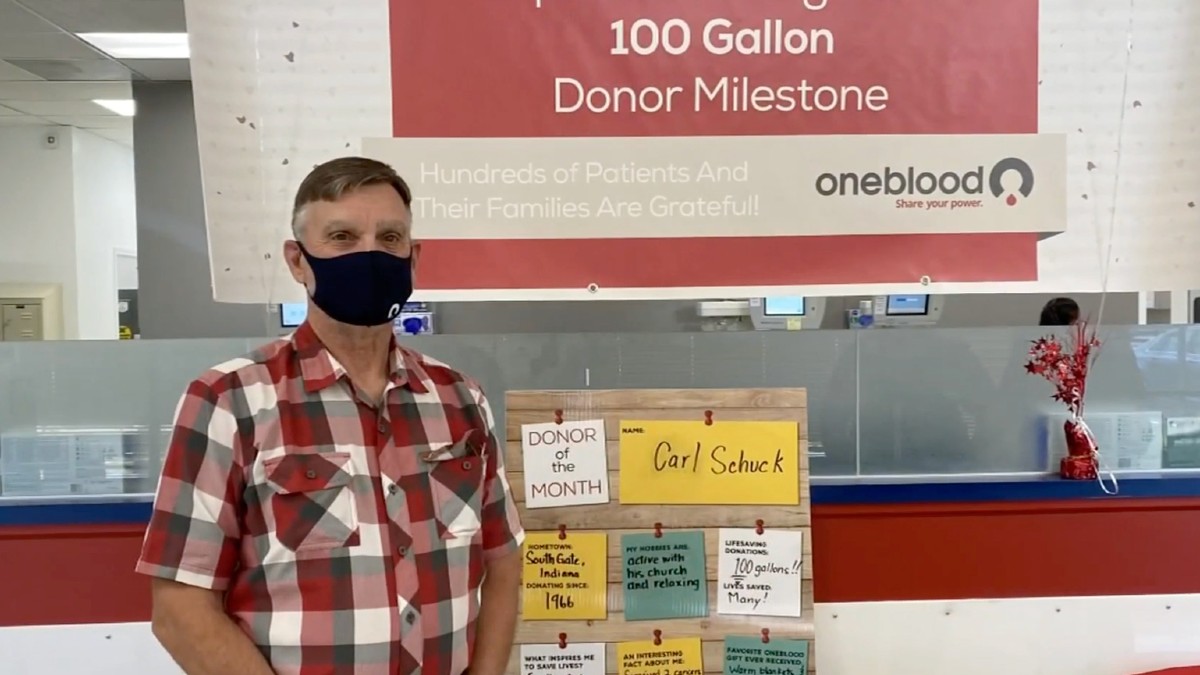 Once a hero, always a hero.

Carl Schuck will always be a hero for serving in the Vietnam War, but these days he’s called a hero for a different reason. The 72-year-old recently donated his 100th gallon of blood!

And it was far from an easy road to get there.

“Thank God I’m still around here to hit this milestone,” he told News 4 Jax. “It’s been a long time coming and I’m just thrilled to be here today.”

Schuck began donating blood when he was 19 years old, and he never stopped. Not even when he served in the Air Force for four years.

After returning to Florida, he participated in blood drives, which his employer held regularly. He soon became a two-gallon donor before he switched to donating platelets which typically go to cancer patients.

However, as Schuck neared the 100-gallon milestone, he learned he had lung cancer.

Then, three years later, another setback. He was diagnosed with COVID-19 in 2021.

The virus, which has killed nearly 3 million people worldwide and over 565,000 in the US, put him in the hospital for three weeks, 15 of those days which were spent on a ventilator.

Schuck, who said he “pulled a miracle” in terms of surviving COVID-19 was released from the hospital days before Easter.

And on Wednesday, days after his release from the hospital, he was recognized by OneBlood for his major accomplishment.

He’s now one of less than 300 Floridians who have donated 100 gallons of blood since blood banking began during WWII.

Congratulations, Carl, and thank you so much! You are an inspiration. We need more people to step up and volunteer to donate blood.