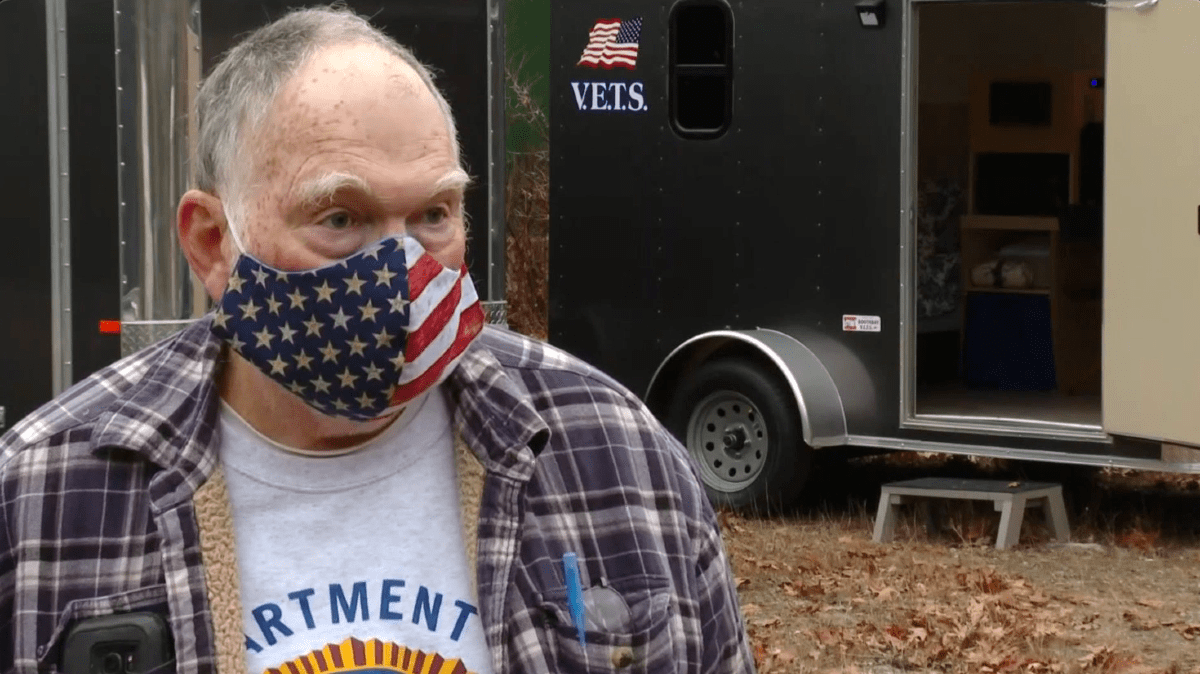 According to the National Alliance to End Homelessness, during the past three years, homelessness has been on the rise and the pandemic has only made it worse.

While countless shelters and organizations are working around the clock to get people off the streets and into temporary housing, there’s also people like Ed Harmon who are working by themselves to get people shelter.

Harmon, 72, is a service officer with the American Legion in Boothbay, Maine, and he turns cargo trailers into temporary housing for fellow military veterans.

“Now the vets are not going to freeze, and that’s the whole idea of it,” Harmon said. “We’re keeping them alive.”

Harmon, a Vietnam veteran, formed the group, Veterans Emergency Temporary Shelter (VETS) with a few members of the American Legion after learning about a veteran who died while sleeping under a bridge as he waited for government assistance.

“We were told there was no answer to this problem,” Harmon told The Lincoln County News in October 2020. “There is always a solution. There’s no obstacle we’ve come across that we can’t overcome.”

So Harmon, along with fellow Legionnaires John Hargreaves and Arthur Richardson, started building temporary housing for any veteran in need of assistance while they waited for verification of their veteran status.

Since they rely on an honor system, it’s possible they could house someone who isn’t a veteran, which to them isn’t much of an issue.

“If we find out later that they weren’t a veteran, the worst thing we did was help someone in need,” David Patch, commander of the Charles E. Sherman Jr. American Legion Post 36 said.

But, it means they don’t receive any money for their trailers. They have to rely on donations.

Each trailer turned home has a bed, refrigerator, commode, microwave, and heater.

Their goal was and still is to build 12 temporary housing trailers for homeless veterans.

They currently have five built.

The trailers are available for any veteran in Maine.

One veteran, who used it approximately 110 miles from its original location, was elated to have a place to stay.

“He [the veteran] opened the door and he walked in, and he sat on the bed and said ‘I died and just went to heaven.’ It makes you feel pretty good,” Harmon said.

This is such a great idea. Thank you Ed for building these temporary homes for veterans!