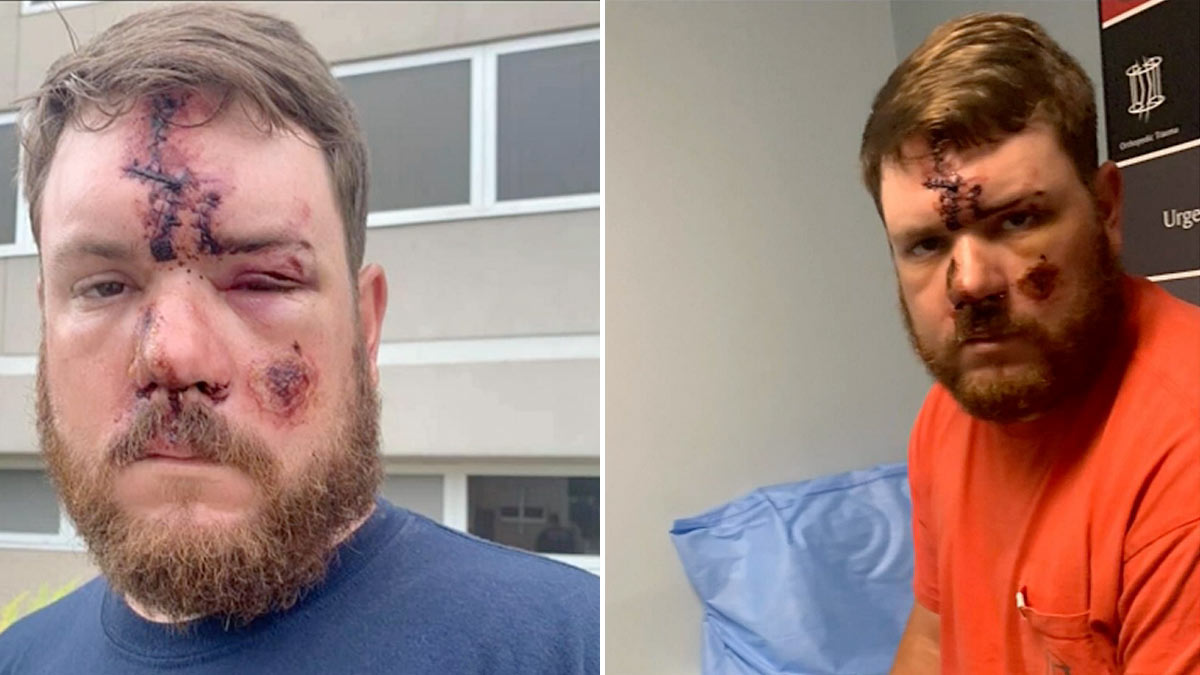 A volunteer firefighter from Georgia is speaking out after he nearly lost his life while assisting with the removal of a downed tree that blocked a portion of the road.

As he worked to clear the road, an intoxicated driver hit him.

Currently, all 50 states have a move over law, which requires drivers to move over or significantly reduce their speed when they approach a stopped emergency or other hazard vehicle on the side of the road.

These laws were put in place after a South Carolina paramedic was killed while attending to the scene of an accident in January 1994. Since then every state has implemented some law to protect first responders at the scene of an emergency.

But if no one knows about the law or follows it, it helps no one.

On June 6 Spence Dalton was assisting with the removal of a tree that had fallen after a storm blew through Oconee County, Georgia. While he was at the scene with vehicles that had flashing lights, an intoxicated driver hit him.

“Where’s my wife, where’s my two kids. I knew it wasn’t my time to go and I was going to fight my way through it,” he said. “And not let myself go on that side of the road.”

According to 11Alive, the driver left the scene. A police report stated that the driver was later charged with driving while intoxicated and having an open container in their vehicle.

In addition to a broken nose, which was broken in three places, he suffered a broken pelvis. He will also require surgery on his knee and back.

His two small children were extremely scared and wanted to fix their father.

Now, as he recovers, Dalton and his family have a message for all drivers.

“When they see these emergency vehicles on the side of the road, it’s mothers and fathers, and grandparents that are out there trying to assist the injured or assist the accident,” he said.

It’s important to move over or slow down when you see a stopped emergency vehicle. Not only is it the law, but by doing so you are giving first responders the space to do their job safely.