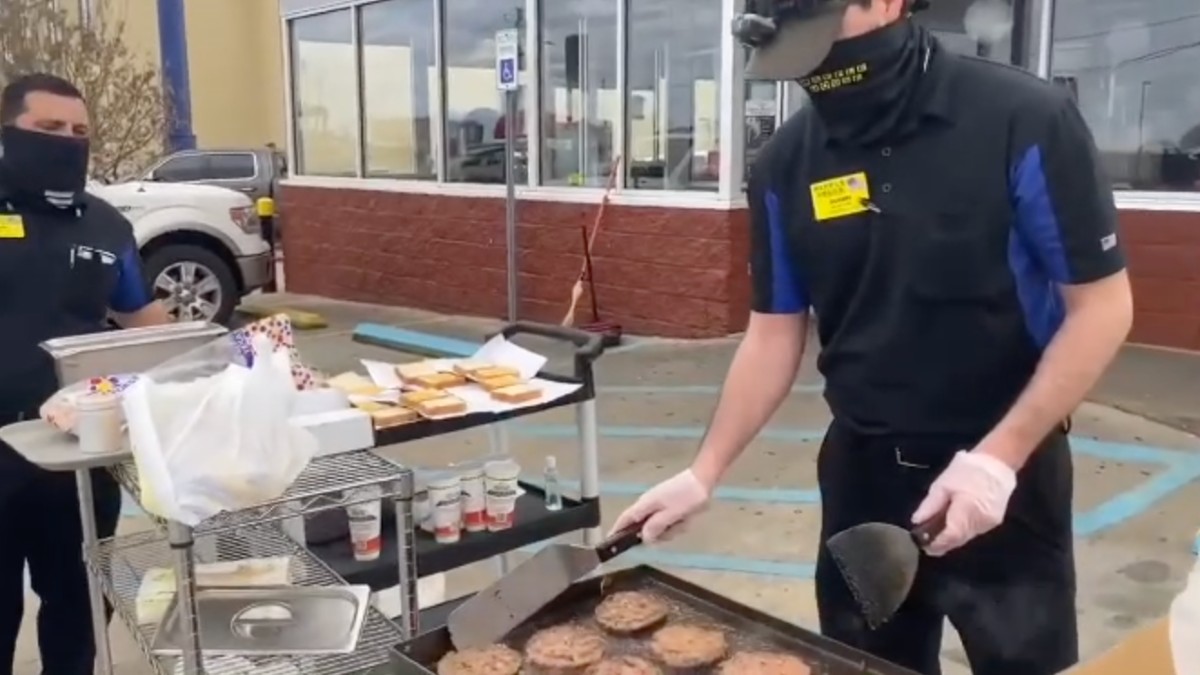 Following an EF-2 tornado in Alabama, a Waffle House brought their cookware outside and began feeding those in need of a meal.

It was a sight to see, but for those who know Waffle House, it wasn’t unexpected.

When disaster strikes, the severity is often (informally) gauged by whether or not the local Waffle House is open. The term, the Waffle House Index, was coined by FEMA Administrator Craig Fugate following the 2011 Joplin tornado.

While the restaurant chain’s ability to stay open during extreme weather is mind-boggling to some, it also provides a sense of hope to those in the community.

The community was in need and who was there to help? The local Waffle House.

Although the restaurant lost power that didn’t stop them from cooking food for first responders and members of their community who were in need of a meal.

They brought their grill outside and started cooking hamburgers in the parking lot.

At one point Waffle House ran out of hamburger buns and a nearby Arby’s donated their leftover buns.

The Waffle House in Fultondale said they’ll continue to serve their community as long as they have food.

According to WBRC, Full Moon Bar-B-Que also set up a table in their parking lot and handed out food to community members.

Both restaurants have felt the love from their customers during the pandemic that feeding them during a natural disaster was one of the ways they knew how to give back.

Neighbors helping neighbors. That’s what I love to see.