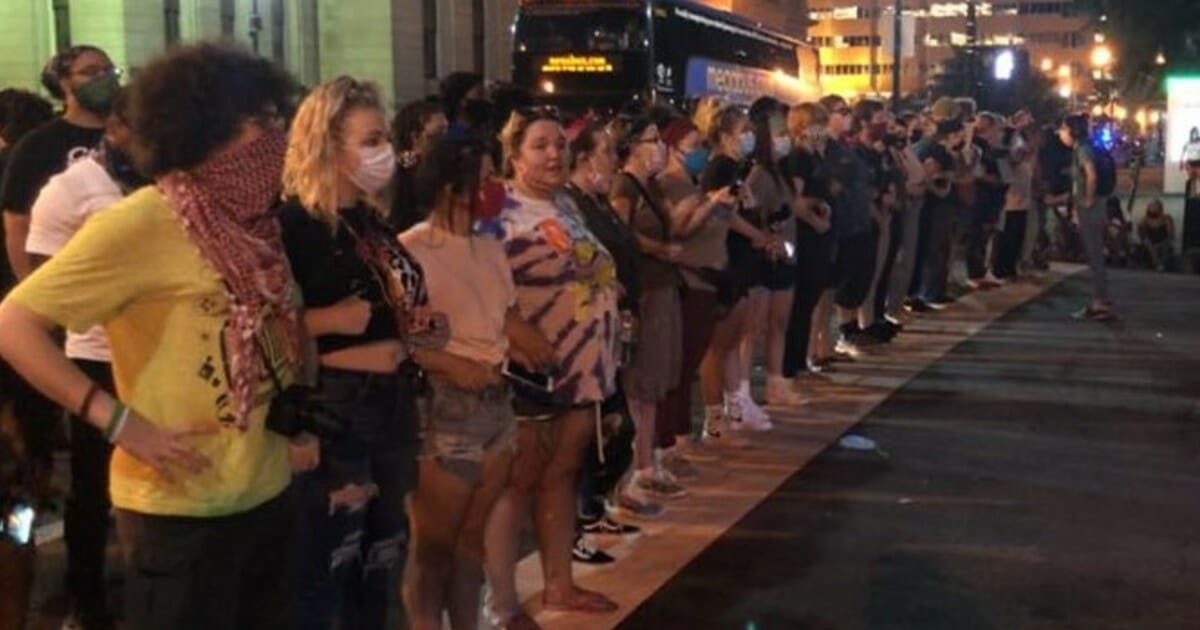 As protests take place across the country, many images and videos from the demonstrations have gone viral.

And while each tells its own story and each is just as important to history as the last, one photo shared by the Kentucky National Organization for Women is a perfect example of what white people who want to protest can do.

The photo, which was taken by Tim Druck, a Louisville photographer, shows a line of white women standing between Black protestors and police.

“This is love. This is what you do with your privilege,” the Kentucky Chapter of NOW wrote on Facebook.

The scene unfolded at a rally for Breonna Taylor.

Taylor was fatally shot when police officers entered her home during a no-knock warrant. The 26-year-old ER tech was shot eight times. According to reports, she was not the main subject of the investigation, though she and her apartment were named on a search warrant.

No body cameras recorded the scene, but reports say police entered the apartment after someone from inside fired at them. Initially, charges were filed against, Taylor’s boyfriend Kenneth Walker, but they have since been dropped.

No drugs were recovered.

“She was asking for white folks to use their privilege, and put their bodies between police and the other demonstrators,” Druck said. “And people responded. They didn’t, they didn’t need to be convinced. Everybody willingly and enthusiastically did it.”

This is how those with privilege should respond.

Share if you would be willing to stand in between Black protestors and police.