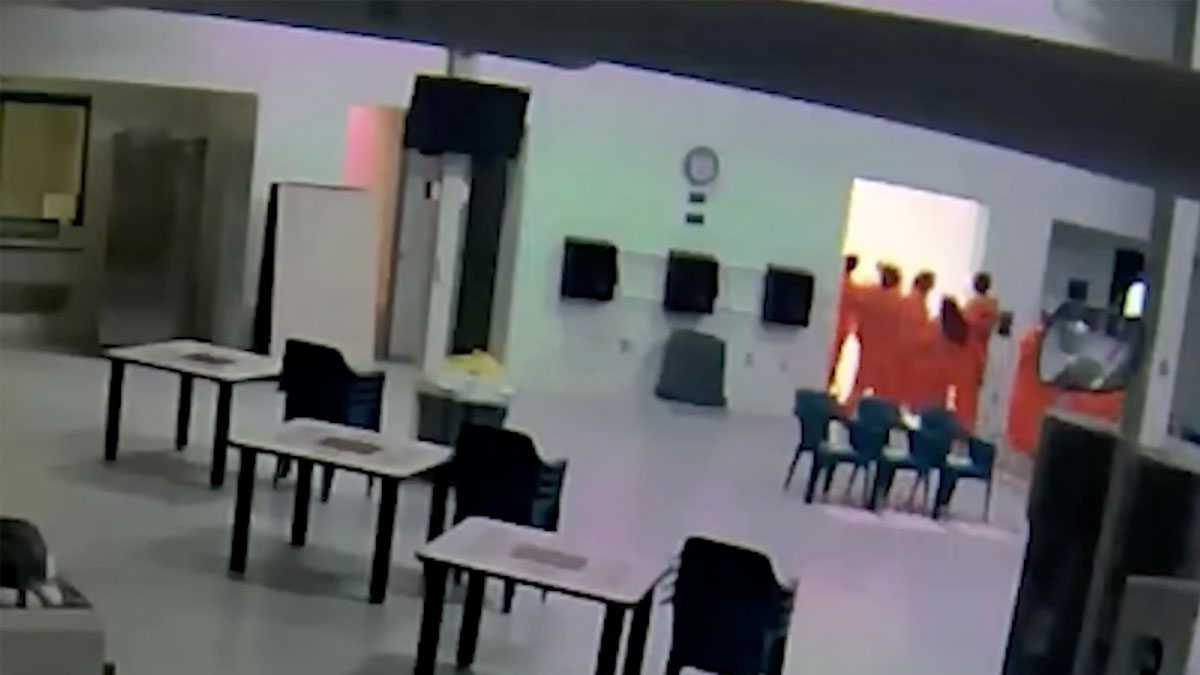 Surveillance video from Falkenberg jail in Hillsborough County, Florida shows an inmate attempt to strangle a deputy with a pillowcase. It also shows several other inmates rush to the deputy’s recuse.

But what it doesn’t tell you is that for one of the inmates at the scene it was her second time saving a deputy’s life in less than six months.

The frightening moment happened in the early hours of June 7 at the Falkenburg jail.

Bridgette Harvey, 42, told Deputy Lillian Jimenez another inmate April Colvin, 37, needed help in the bathroom. As Jimenez made her way toward the bathroom, Harvey snuck up on her and put a pillowcase around her neck.

Jimenez called the emergency response team via her radio, but someone else responded to the scene in a more timely manner.

Despite it being nearly 1 a.m., many of the other inmates woke up when they heard the noise and ran to Jiminez’s rescue.

One of those women was Mary Jean.

“She said she saw the deputy’s feet in the air and she had to do what she could and there was possibly a shank that she saw at the moment,” her attorney Denitsa Kolev said.

The inmates were able to free Jimenez from Harvey, who also carried a shank.

“While these inmates put our deputy in danger, there were others who did the right thing by coming to her aid, and for that, I am grateful,” Sheriff Chad Chronister wrote in a statement. “Thanks to the quick response of our Emergency Response Team and the inmates who showed compassion to help our deputy, a dire situation turned into the safe rescue of Deputy Jimenez.”

This wasn’t the first time Mary Jean stepped up to the plate to help someone else. Just five months ago she jumped in when a deputy was attacked while using a computer.

“She didn’t do this to help herself in her current legal situation. She did this as an aide to humanity to help this deputy,” Mary Jean’s other attorney Rick Escobar said.

Both Harvey and Colvin face additional charges. They and two other were moved to solitary confinement.

This was such a kind thing to do and just goes to prove that you should judge a person by their appearance or circumstance.

Thank you Mary Jean for stepping up not only once, but twice to save a deputy’s life.