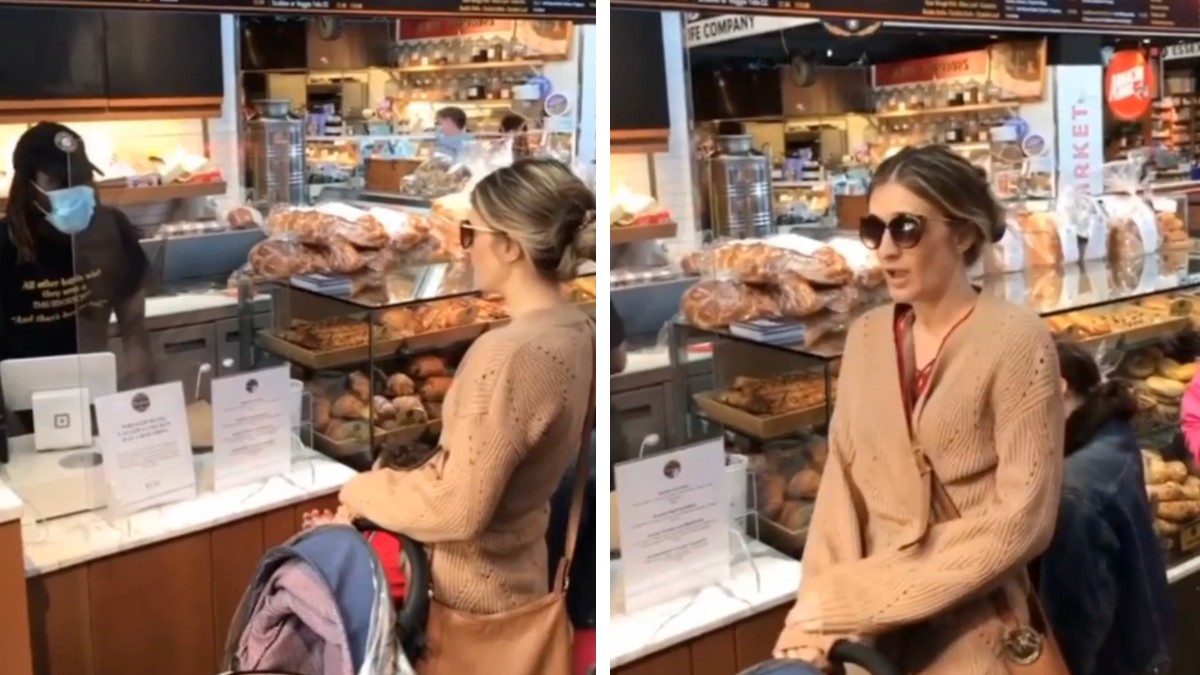 Sadly you don’t have to look far to see that racism is still alive and well in 2021.

Despite the surge in Black Lives Matter demonstrations following the deaths of Ahmaud Arbery, Breonna Taylor, and George Floyd, there are still plenty of people who aren’t afraid to share their racist opinions online, and horrifyingly there’s still many who aren’t scared to show their true colors in real life.

The latest incident – that was caught on camera – occurred in New York City, and it’s a reminder that we still have so much work to do.

The racist incident occurred Sunday afternoon at Davidovich Bakery in the Essex Market on the Lower East Side.

Jack Weil was at the bakery’s counter when he decided to film the woman, who was with her children.

The woman reportedly had a “medical exemption” and refused to wear a mask, despite being told she was required to in order to be served.

“At first I was just like, it’s a crazy person, I’m gonna film them,” Weil told NBC New York. “But then when she started saying the N-word in front of her kids, I was like, this is dark. This is really disturbing … the whole crowd was starting to yell stuff at her.”

Two security guards came over and one asked the employee if he wanted to serve the woman while she wasn’t wearing a mask. Since he did not, the security guard informed her she would have to leave.

That’s when she threw a racist temper tantrum.

“It doesn’t affect me that you’re not going to serve me ’cause you’re a b—h,” she said.

Customers who were standing nearby stood up for the Black employee and called our her racism. But she showed no remorse.

‘I can call him whatever I want.’

She was eventually removed from the premises.

The woman, who identified herself to The News as Stephanie Denaro, confirmed she used the racial slur, and explained that all her children have a Black father.

“That’s a term I’ve heard them use all my life.”

As for the video of her making its rounds on the internet, Denaro doesn’t seem to mind.

“It’s actually great, because they’re forcing people in New York City to wear masks. It’s political theater. I don’t believe in COVID-19. It’s a hoax to convince people to use absentee ballots to steal the election from Donald Trump.”

COVID-19 is not a hoax, and there is no evidence that the election was stolen from Donald Trump.

Following the incident, the bakery issued a statement standing behind their employee and stating the Denaro or anyone who uses similar language would no longer be welcomed.

“We stand with all our employees for handling this situation of hate and bigotry with professionalism and grace. We intend to make it clear that this customer or anyone who uses racism and any insensitive language, simply is not welcome in our stores.”

This is an absolute disgrace. We must change our way of thinking and remove the hate from inside of us. We cannot move forward to a better future for our children until we start acting better towards each other.