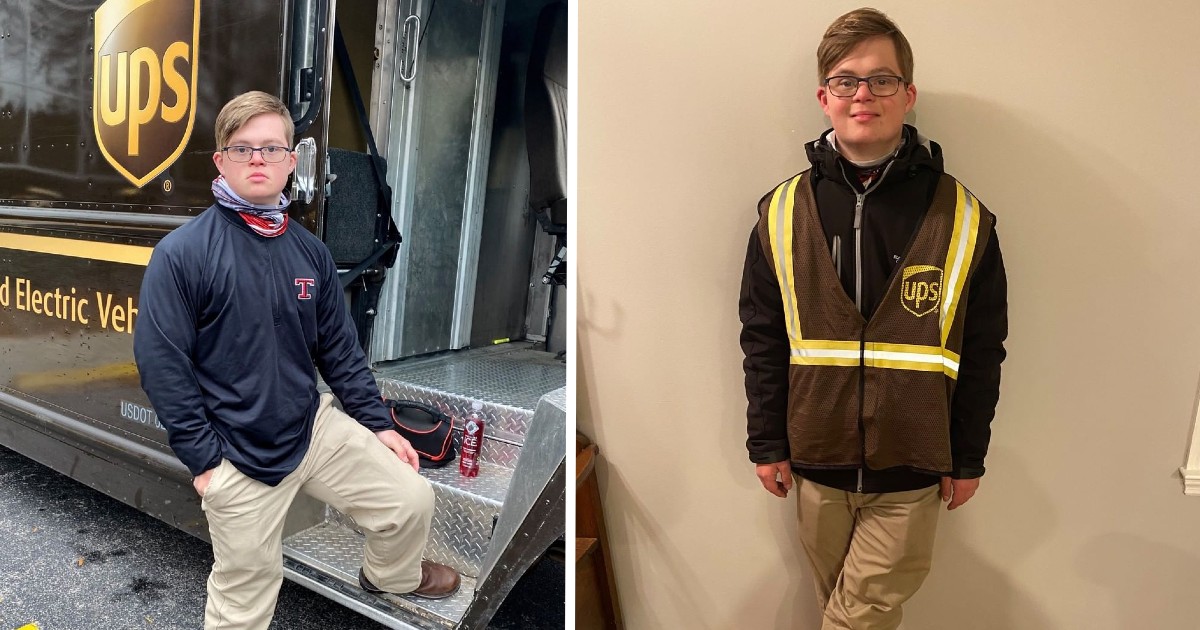 So often people with Down syndrome are told they won’t go far in life. It’s a common and horrible misconception.

Jake Pratt, 21, was always told he wouldn’t accomplish any of his goals or contribute to society, but one by one he proved his naysayers wrong.

And recently, he achieved something very few thought he was capable of, getting a job.

According to WTVM, Jake of Vestavia Hills, Alabama, recently obtained a job with UPS helping to deliver packages.

His sister shared a photo of him on Twitter thanking UPS for “promoting inclusion in the workforce” and praising her brother for his hard work.

“He loves his new job running packages up to 8 hours per day. That’s after working 6-10 am every morning at the golf course,” she wrote.

It’s so disheartening how we put down others, especially those who have a disability. We should put people down, instead we should encourage them and help them to achieve their dreams and goals.

Just because a person has a disability doesn’t mean they are unable to contribute to society.

Share this story and congratulate Jake on his new job!