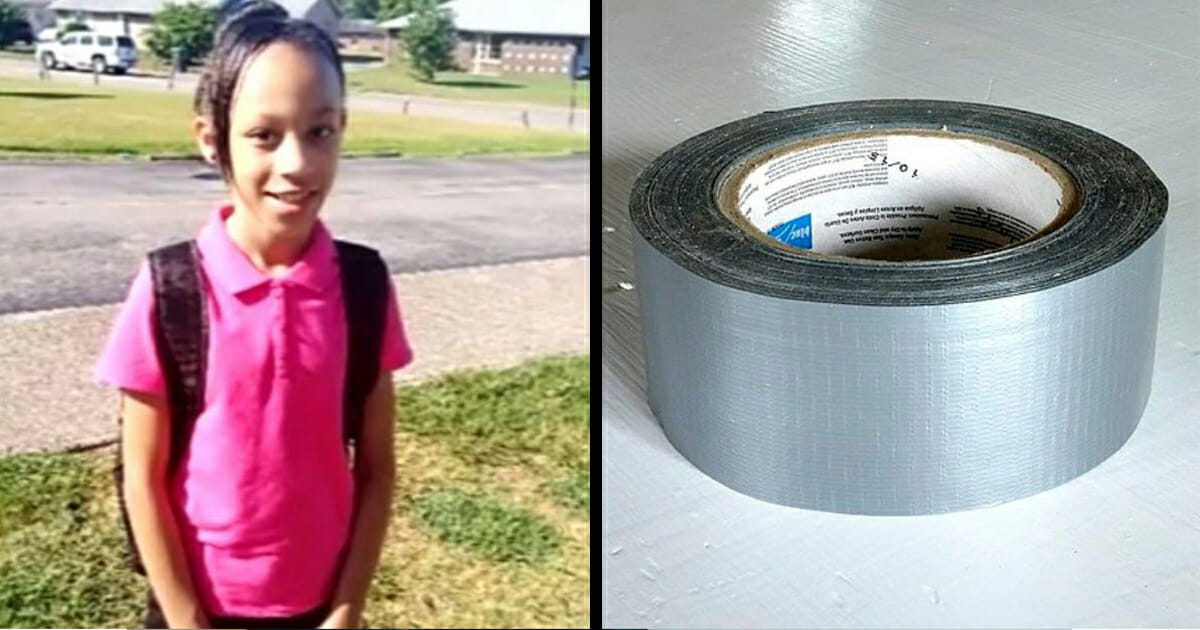 When we become parents, we develop a primal need to protect our children at all times. Whether that’s defending them physically, looking out for their best interests by doctoring their choices, or monitoring what they’re exposed to on a daily basis, most of what we do is done with their best interests at heart.

Which is why some parents can grow anxious when their babies go off to school. It’s a place where they have to entrust care of their children to someone else – often strangers – and hope that their teachers can have a positive influence in their lives.

When Victoria Phillips’ 10-year-old daughter came home in floods of tears, Victoria had an idea that her teacher had failed in her duties. It was only when she asked what had happened, however, that the true scope of the trouble became apparent …

5th grader says teacher put duct tape over her mouth for talking too much https://t.co/4m7YUmkwRN pic.twitter.com/dO4CL3bOI4

As Victoria explained: “Reagan started to cry, and I am like, ‘What’s going on? Tell me what happened Reagan.’ And she’s like, ‘Well she put tape on my mouth.’ ‘She put tape over your mouth?’ And she said, ‘Yeah.’

It transpired that Reagan had been humiliated in front of her whole class after her teacher had taped her mouth shut to stop her from talking.

Victoria describes her little girl as an enthusiastic student who often volunteers to answer questions in class. She admits she can get in trouble for talking, too, but of course that’s no excuse to subject her to such humiliation.

“That messes with you psychologically for life. I would like for her (the teacher) to make a public statement and a public apology to my daughter. She was humiliated.”

It should go without saying that putting tape over a child’s mouth to stop her from talking is well beyond what is acceptable for any teacher. I can’t imagine how I would have reacted if my child had come home in the same state.

Do you think teachers should be able to act in such a way?

Share this article if you were as outraged as Victoria was!