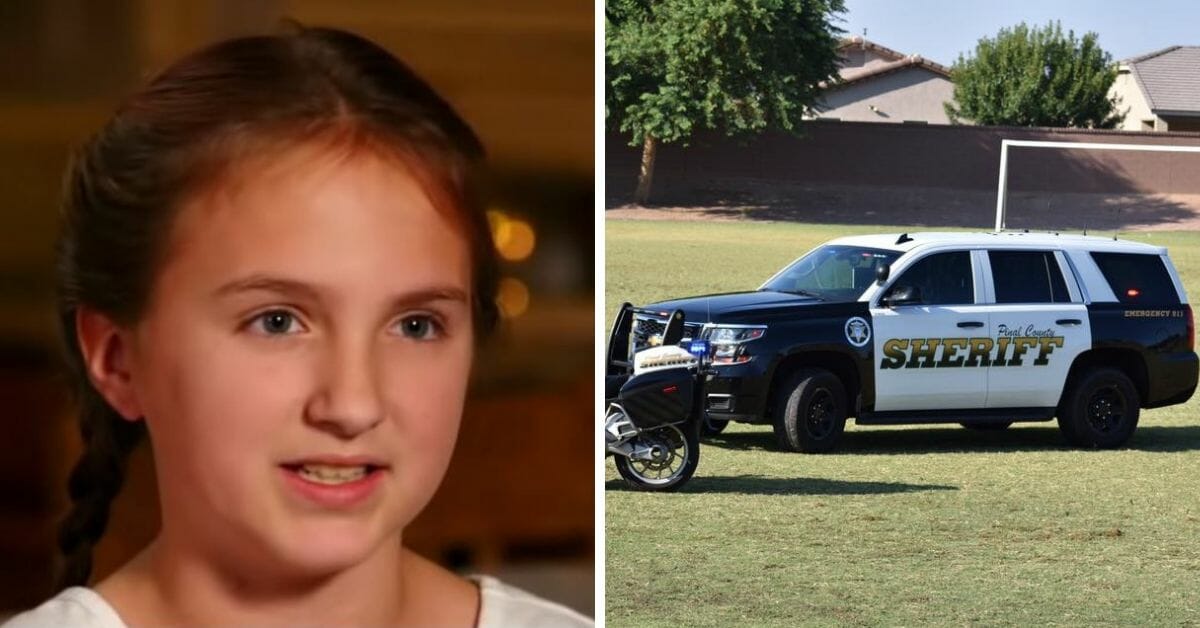 No parent should ever have to worry about their children leaving home and falling prey to dangerous people.

Of course, the world we live in isn’t an idealistic paradise, and every year 800,000 kids are reported as missing. Sure, sometimes it’s simply because they haven’t returned home when they are supposed to have, or maybe their phone’s dead and they can’t call to check in.

On some occasions, however, the reality is altogether more sinister. One family had a particularly close call recently, and if not for a pre-organized protocol, things could have ended in tragedy.

Now, police want others to consider using this family’s trick. It could very well save a child’s life, after all …

It was Wednesday, November 7, 2018, that a deputy of the Pinal County Sheriff’s Office was called to a home to report an attempted luring.

The Sheriff’s Office wrote on their Facebook page: “At 3:45 p.m., a [10]-year-old girl was walking with a friend near a park in the neighborhood when a man, driving a white SUV, pulled up next to them. The man told the girl that her brothers were in a serious accident and she needed to go with him.

“The child asked the man what the “code word” was, but he did not know it and drove off.”

Now, whilst code words aren’t exactly a revolutionary concept, not all parents make use of them to their fullest potential. I can remember that growing up that my mom had a specific word to let me know if someone ‘picking me up’ in a car was legitimate, but many of my friends didn’t.

Sheriff Mark Lamb is aiming to change that by using this story to encourage others to adopt a similar policy.

“Kudos to the parents of this child for having a code word and talking about to their children about stranger danger. We hope by putting this out, it will encourage parents to have that conversation and create a plan with their children, so they know what to do if they are in that situation.”

Mom Brenda James, meanwhile, revealed that they’ve been actively encouraging Maddison’s friends to come up with code words with their parents too. “[Maddison] can show other kids it’s okay to ask that question and not everyone’s your friend. I think kids respond more to kids than they do adults, and they can understand they can be brave and smart and run,” she said.

Sure, it’s a scary thought, but preparing your child to deal with such situations is better than leaving them confused and vulnerable if ever – God forbid – one should come around.

Help us by sharing this article if you believe all parents should use a code word system!