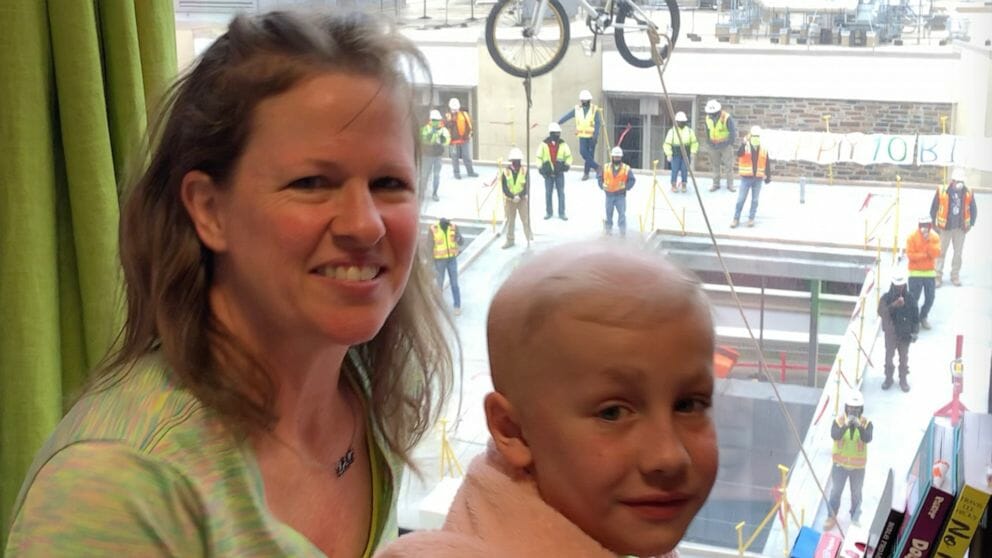 Reese Loggins is a 10-year-old like any other, excepting the fact that he is brave well beyond his years.

The young boy, from High Point, North Carolina, has been battling leukaemia for the past 15 months at Duke University Hospital.

Recently he spent his second consecutive birthday surrounded by doctors and nurses, and his parents wanted to make sure turning ten was something he would never forget.

There was only one thing Reese wanted: a new bike. Mom Michelle Loggins knew she and his father had to do everything in their power to make that happen.

“He knew his old one didn’t fit anymore since we’ve been in the hospital for so long,” she said, as per Good Morning America.

“Every time someone would bring up his birthday, that’s what he’d ask for. So we wanted to make it happen.”

There were problems though: visitor restrictions, social distancing guidelines enforced by coronavirus and hospital policies.

“The hospital room has to be extremely clean, so it wouldn’t work to wheel in a bicycle,” Michelle explained. “We had to come up with a way for him to see it without bringing the bike inside.”

It was then that Rusty Loggins, Michelle’s husband, considered the construction crew working on a project just outside his son’s room.

With an idea in mind, he approached them.

“Immediately they said, ‘What do we need to do? How can we help make this happen?'” Michelle. “It was very kind.”

So, on the morning of Reese’s tenth birthday last Wednesday, they used a crane to lift his new bike up to his window on the hospital’s fifth-floor, along with a birthday banner made by the boy’s parents.

“His face was so priceless — it was just the sweetest moment,” Michelle said. “He’s been feeling so bad, but this day and this moment. It really lifted his spirits, and he was grinning ear-to-ear.”

Such gestures bring tears to my eyes. Thank you for making Reese’s birthday as special as it could be under the circumstances.

Share this article to wish Reese a very happy birthday, and to send prayers for his recovery.