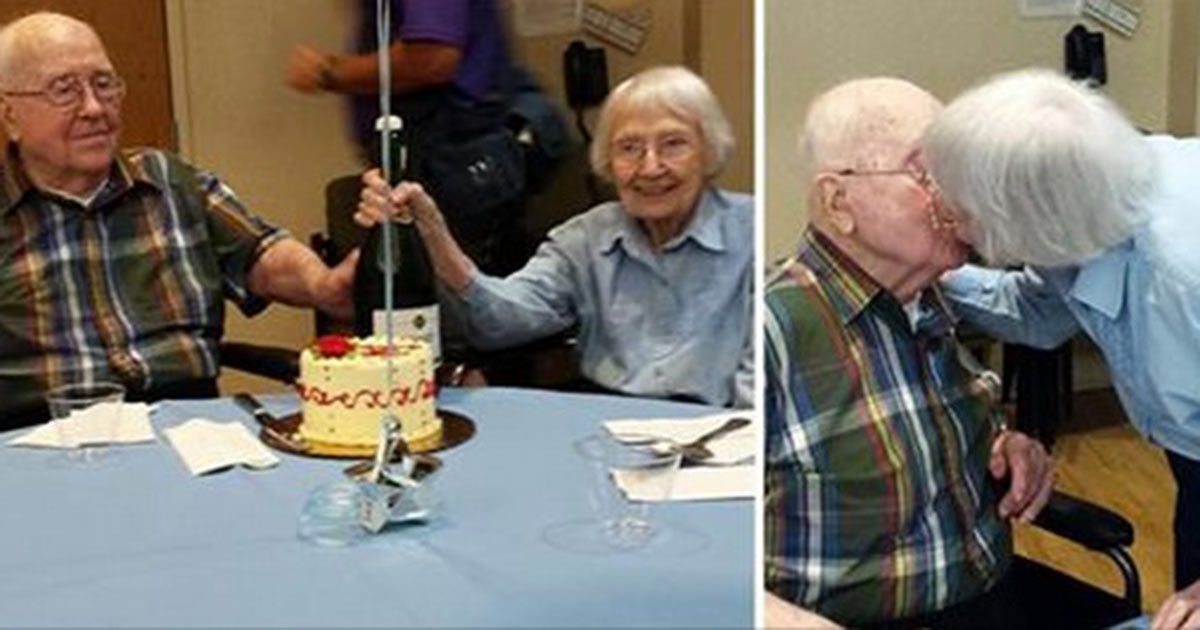 Walter and Leslie Kimmel met when they were 22. Both active in their Baltimore church, Walter sang in the choir and Leslie played the organ. Since then, they have been together nearly their entire lives. Indeed, their love only grew since they married well over half a century ago, on August 18, 1940.

The centenarians celebrated their incredible 75-year anniversary, as reported by Fox News.

Leslie and Walter, who have two sons, four grandchildren, and four great-grandchildren, live together in the Charlestown Retirement Community senior home in Maryland.

That is where they held their wonderful 75th wedding anniversary, which involved a party with family and friends and a custom-made cake.

Their love story is truly inspiring. Seeing them appear so happy in their photos left me with a huge smile!

Congratulations to Leslie and Walter on their 75-year wedding anniversary! I hope they will continue to celebrate for many more years to come 🙂