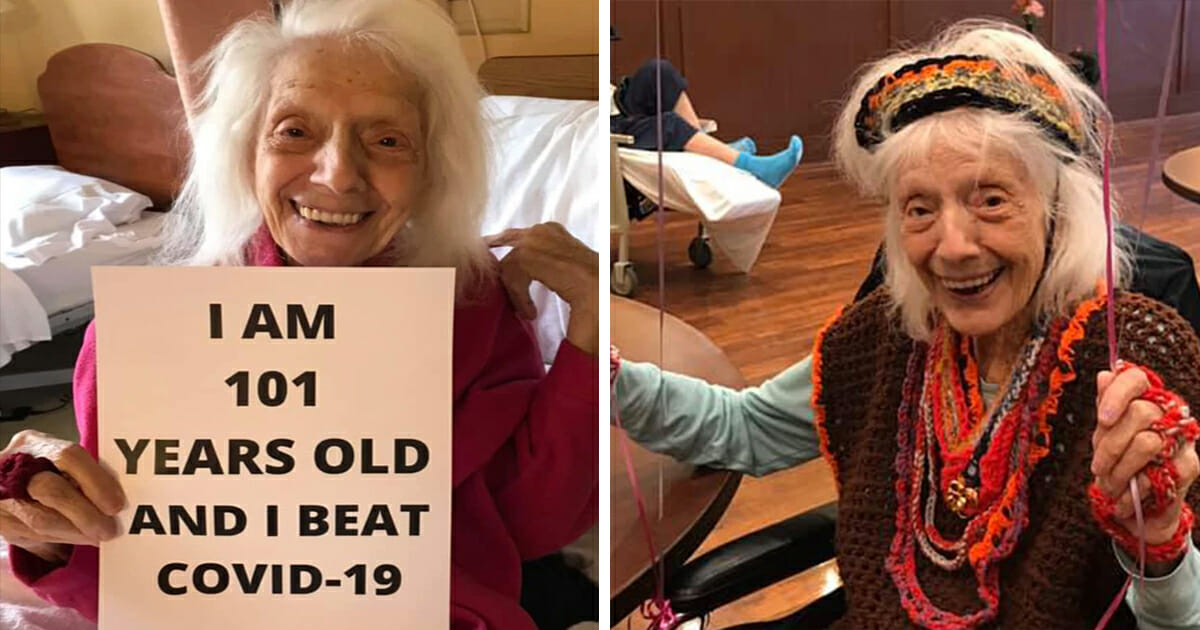 The coronavirus pandemic has given the world plenty to worry about, but it’s also prompted a number of stories that can serve to put a smile on your face.

A 101-year-old woman from New York with “superhuman DNA” has beaten COVID-19 after testing positive for the virus last month.

As per reports, Angelina Friedman, a resident at a nursing home in Mohegan Lake, is used to winning such battles. She’s already lived through cancer and survived the 1918 Spanish flu pandemic as well.

“She is not human,” her daughter, Joanne Merola, told WPIX-TV. “She has superhuman DNA.”

She added: “My mother is a survivor. She survived miscarriages, internal bleeding, and cancer.”

Angleina was born aboard a ship bound for America in 1918, during the height of the Spanish flu. After her mom died in childbirth, she and her two sisters joined their father in Brooklyn, NY, where she would grow up as one of 11 children.

Many years later she was diagnosed with cancer around the same time as her husband, Harold Freidman.

Currently a resident of the Northern Westchester Restorative Therapy and Nursing Center, Angelina gave her family quite the scare when she tested positive for coronavirus on March 21.

After spending a week in hospital, however, the 101-year-old returned to her nursing home to be kept in isolation. A new test on April 20 showed that she had tested negative.

What an amazing woman! Such strength in inspiring for us all – we can only hope you keep beating the obstacles in front of you, Angelina!

Share this article on Facebook to spread a little good news today, and to pay tribute to Angelina!