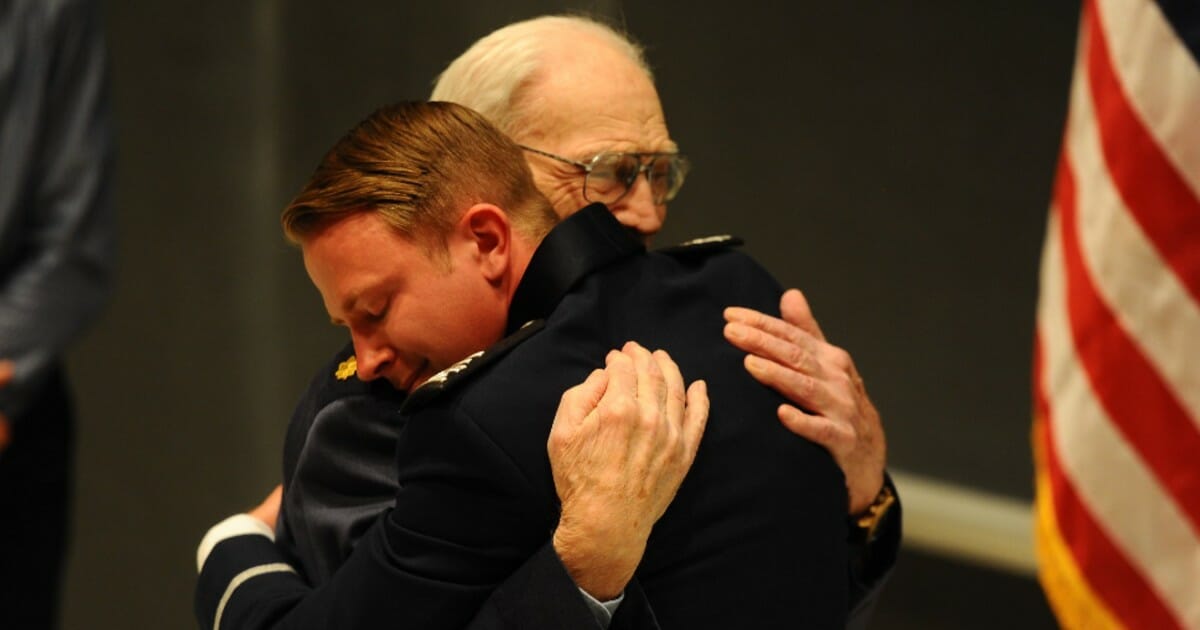 Watching your grandchild graduate is an exciting moment for any grandparent, but for 101-year-old, World War II veteran Walter Kloc the moment his grandson graduated from the United States Air Force Academy meant the world.

Walter and his son, William, traveled from their home in New York to Colorado so Walter could commission his grandson, Joseph.

“I’m so excited for him,” William said. “He’s fulfilling his dream, and he was so excited that his grandfather…World War II, Air Force, bombardier, pilot, could come and commission him.”

At the ceremony Walter received a well-deserved standing ovation, and everyone received a memory they’ll never forget.

Walter, who was an Air Force pilot, congratulated his grandson and wished him well as he begins his commissioned officer training.

What a special moment for this family.

Share this article to thank these brave men for their service and to wish Joseph well during his commissioned officer training.