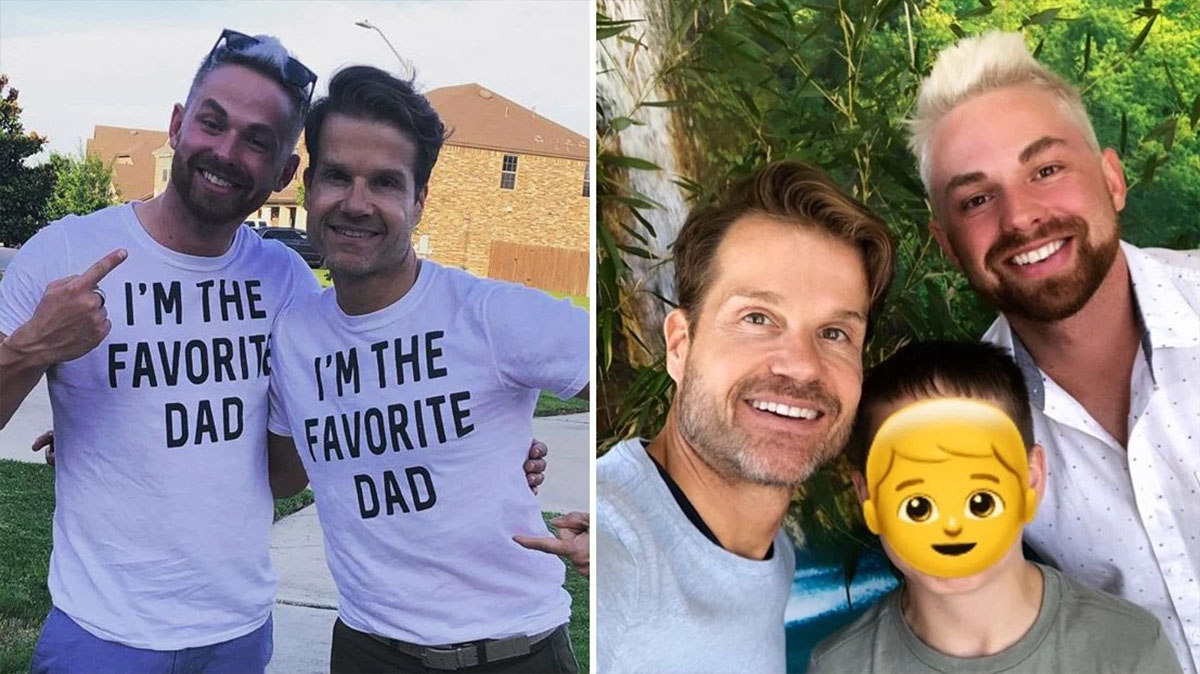 An 11-year-old boy “stayed silent” while a teacher insulted his soon-to-be family in a homophobic rant in front of the entire class.

Daniel was in the process of getting adopted by married couple Louis and his husband Josh van Amstel and was excited to tell his teacher when she asked the class what they were grateful for.

As a child who had been through five foster families and one failed adoption Daniel stayed silent when his teacher questioned his family situation fearing he could get into trouble and potentially jeopardize his adoption.

Daniel had told the substitute teacher at his school in Salt Lake City that he was “thankful for my dad and dad, my family, my dogs and everybody that I live with now.”

His teacher then asked: “Why would you BE happy to be adopted by them?” and added: “Are you going to be gay?” She also told him that: “two men is wrong” and “homosexuality is wrong”.

Thankfully three 11-year-old girls in his class stood up for him and asked the teacher to stop but she continued her homophobic rant.

Six months after the incident Daniel has been officially adopted by his dads and was asked by CBS News how he felt when his teacher was spouting her prejudices.

“Honestly, I went red. I didn’t like what she said,” Daniel said.

“I was very mad,” Daniel explained. “Because it isn’t — it’s not right — nice to insult other families, even if you don’t like them. If you don’t have anything nice to say, don’t say it.”

Through tears his dad Louis van Amstel, who is a professional dancer on “Dancing with the Stars,” told CBS about his son’s fear at the potential consequences of responding to her, which he had every right to do.

“So, he also became red at school because of — ‘I don’t want to get this teacher in trouble because if I get in trouble, my parents will not adopt me.’ So, he stayed quiet. The girls stood up for him,” Louis said.

Louis shared Daniel’s shocking experience on his Twitter feed in which he said he was “very proud” of his son’s school for firing the teacher and assuring them she will never teach at the school again.

“Three girls asked her (the teacher) multiple times to stop,” he added.

“When she didn’t they went to the principle’s office to complain. I’m proud of those three girls and Daniel’s school for standing up for our family against this bully,” he said, as per Pink News.

More than 27,000 people watched Louis’ video and included messages of support for the family.

“Proud of those three young girls, proud of your son, the school for taking action and lastly, to both of you who are clearly, great dads!” one Twitter user wrote.

Louis and Josh have since adopted Daniel and are planning to adopt a second son.

“It doesn’t matter what family you have. It just matters if you love them or not. And yes, I do love them,” Daniel told CBS News.

I’m so glad these people found each other; the strength of their love provides any shield against the ignorance of others and the number of supporters they have, including the school and Daniel’s classmates, speaks volumes.

Please show your support for this wonderful family by sharing this story.