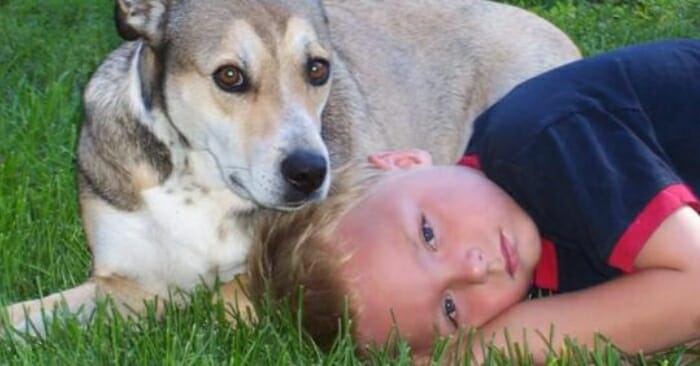 When you become a parent, you elevate to a whole new level of understanding with regards to being responsible and protective.

After having a child, you quickly realize what it truly means to care unconditionally for another life. A bond is formed that goes beyond the love you thought possible before; a living, breathing thing, one solely dependant on you, is about to see and experience all the world has to offer, and that can be both a wonderful and  truly scary thing.

By the time we’re adults, we understand just how dangerous and unpredictable life is, which is why most parents will feel a subtle sense of anxiety whenever their children are away from them. The idea that you can’t be there to protect your children all the time is disquieting. After all, anything can happen at any moment.

The parents of 12-year-old Ryan Gibbons know that all too well. He was an energetic boy who loved to be outdoors and had a passion for life. Sadly, it was taken from him far too early … all because of a mistake at school.

October 9, 2012. Ryan Gibbons, a student in 7th grade, went to school as normal. Little did his parents know it would be the last time they would ever see him alive.

Ryan suffered an asthma attack at school while playing soccer, and was unable to reach his inhaler because it had been locked in an office.

Had he had the medication with him, his asthma episode would have been preventable right from the very beginning. Sadly, it was school policy to keep inhalers locked in the principal’s office, and spare inhalers had been repeatedly confiscated from Ryan.

It’s said a group of the young boy’s friends tried to carry him to the office during the attack, but they simply couldn’t get the life-saving inhaler in time.

Ryan soon fell unconscious, before then passing away.

A subsequent investigation revealed that the Elgin Country School, in Ontario, Canada, had forbade Ryan to keep his inhaler with him – this in spite of complaints from his mother, and a doctor’s note.

His mom, Sandra Gibbons, said her son would often bring spare inhalers to school in a bid to get around the rule, but staff repeatedly took them from him.

”You would give him an inhaler but then he would get caught with the inhaler and then it would be taken away,” Sandra Gibbons said, speaking to CBC.

”Then I’d get a phone call. So it was actually very frustrating. I didn’t understand why. I didn’t realize that the policy actually stated that the prescribed medication needed to be in the office.”

In the wake of Ryan’s death, Sandra decided to do all she could to ensure no other child suffered the same fate in the future. She began a petition asking the Ontario government to force school boards to adopt standardized asthma management plans, and eventually a new bill, known as Ryan’s Law, came into effect. It means schools have to let children have inhalers in their pockets or backpacks with a doctor’s note.

“When Ryan passed away, it was like losing everything that I lived for,” Gibbons told Allergic Living.

“After burying my son, I knew that this was a preventable attack. To me, if people had appropriate training and knew what to look for when a child was in distress, he would be here today.”

Ryan’s story is a tragic one, and a reminder that life is as unpredictable as it is fragile.

Share this article to help us spread an message today.